Screenwriter Gabriel Constans is my guest once more in “The Conversation” 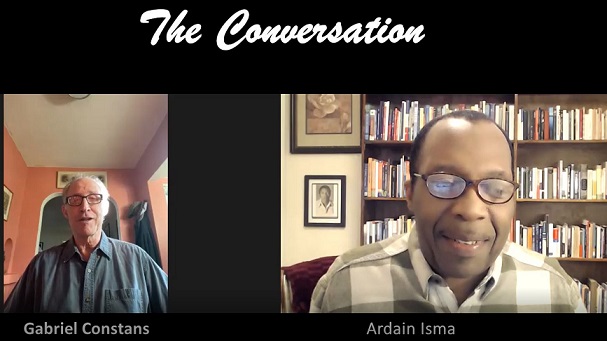 Months ago, Gabriel Constans was my guest in The Conversation. Well, he was not any guest. He was my very first guest. It was right after we had that wonderful conversation that our staff here at CSMS Magazine decided to create a weekly rubric where authors would come and share their accomplishments. Since then, the response has been overwhelming. So, Gabriel—novelist, screenwriter—was the pioneer of this literary show. He did not know it until I told him last week when we sat down for another conversation.

“I really appreciate all the different people, their background, and what they’re involved in. There’re so many writers….” He acknowledged that during our conversation. Gabriel has written a compelling story titled The Last Conception, which was later picked up by Poison Pictures, a Los Angeles based film production company. It is an interesting film, a romantic comedy that would make you laugh all the way to your ears.

The film was the main topic of our first conversation, and I wanted to know how the marketing has been going. I was happy when he told me how well things have been going and that the movie was released in London a few weeks ago. A seasoned writer, Gabriel talked about his current projects, including one that has been accepted by another production company. Yeah, Gabriel Constans, our favorite screenwriter, will always be tireless and prolific.

To learn more about Gabriel Constans’ works, you can visit his website.

Watch the video below as well as on our You Tube channel.