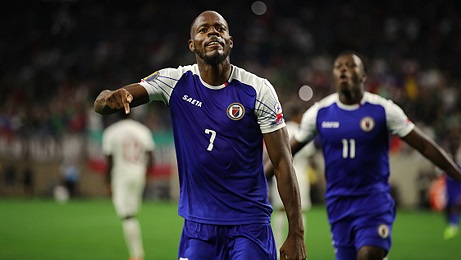 Last night, the Haitian soccer team did it again. After winning 3 games straight against Bermuda, Nicaragua and Costa Rica subsequently, Canada was supposed to be the team to put a stop on the Haitian sensation. So, they thought. Well, again Haiti showed the entire world what a resilient people can do. Last night was their biggest challenge yet, not because Canada was such a powerful team, but because in the deep hole the team found itself after conceding two goals to the Canadians in the first half.

Taking off-guard, the Haitian boys looked dazed for a while—just for a little while. Towards the end of the first half, the team started to recover, but still could not score. All that changed on the 58th minute, when Nazon outmaneuvered the Canadian goalie to deliver the ball in the net. The momentum started coming back, and the Haitian boys seized the opportunity to keep the pressure on Canada. Ten minutes later, Haiti scored again in the penalty kick on the 70th minute.

It was a dramatic comeback, and Haitians across the world couldn’t believe their eyes. Confidence grew, and in the 76th minutes, in what would be considered a classic to enter the Hall of Fame, in a stunning sprint, midfielder Wilde Donald Guerrier outplayed a Canadian defender as well as the goalie and tipped it in the net. It was unbound jubilation! 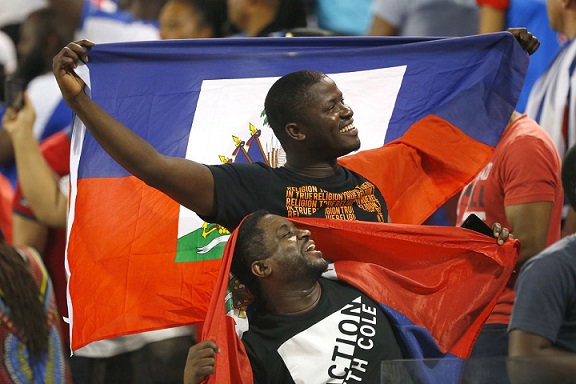 The Haitian blue and red flag floated in the air while cries of “Yo sezi,” the Haitian version of “they’re stunned!” buzzed the stadium. This was one of the proudest moments in Haiti’s soccer history. The Haitian boys always find a way to regain the initiative—no matter how difficult the odds are. The team now advances to the semifinal undefeated. Haiti is the team to beat! This shows what a country can accomplish if the will is there.

Here is a live-streamed snapshot in this video below.