A conversation with author Kim Fedyk 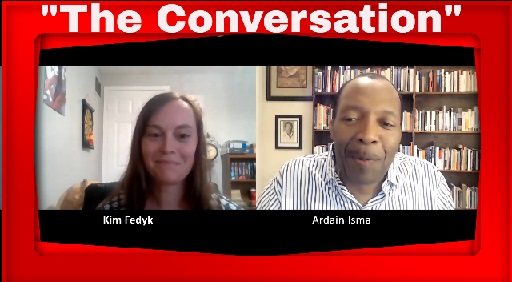 Few weeks ago, I had the honor to sit down with fantasy author Kim Fedyk for an interesting conversation. She lives in Ontario, Canada. She has written her debut novel titled Birthright. It is a story about a girl named Arleth whose life takes a dramatic turn. This happens unexpectedly. Like all heroes, the heroine Arleth must prove that she indeed can overcome obstacles, beating back waves after waves of attacks from assassins, spies, and other evildoers to reach salvation.

I asked Kim why she’s chosen such a character because I originally thought Arleth was an African slave. “No. Actually, Arleth spends most of her early life in an orphanage. A series of events happen. She is forced out of the orphanage, and she’s on her own,” Kim said. However, when the girl was younger in the orphanage, the other children used to tell each other not to go to the forest near the home because it was dangerous. Now on her own, Arleth decides to venture out in the forest. There, she is captured and becomes a slave.

“When I was writing the story, I didn’t have in mind any demographic,” Kim continued. Facing a life-and-death situation, Arleth realizes she must think and think fast to survive.

Like most fantasy writers, Kim is no different. So, Birthright is the beginning of a series that will contain three books. She’s currently working on book 2. Kim is passionate about her work. One can easily see the passion between the lines of her interesting novel.

At the end of our conversation, Kim gave some advice to her fellow writers. “To never give up. It doesn’t matter if you write one hundred words a day or a thousand words a day. Just, keep at it…Don’t measure your success based on what other people do. Just do what works best for you, and you’ll get there eventually.”

To learn more about Kim Fedyk’s works, you can visit her Twitter page.