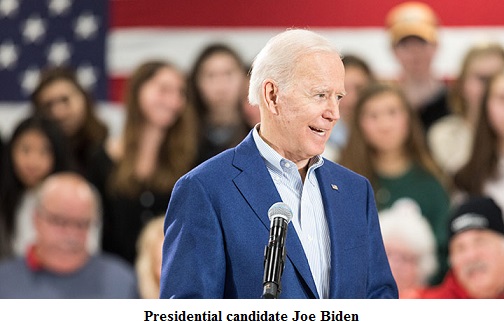 Who would have thought Joe Biden could be dissolving so quickly? Until now, Joe had been the preferred choice for the richest people in the land, and this primary season was supposed to be a dress rehearsal for the man who was Obama VP for 8 years. Yet, when the first ballots of the season were counted, Joe found himself in the single digits. On Tuesday night, running away from humiliation, Joe fled to South Carolina where he is said to be ready for a major stand in the fight. Why? Because they say African Americans, who make up the bulk of the electorate there, constitute Joe’s firewall—the wall designed to keep Bernie Sanders and others at bay. It’s an insult to the intelligence and dignity of black people—as if people of color are not savvy enough to understand what is right for them.

But will a win in South Carolina be enough to reverse the bitter pessimism around the Biden’s campaign? More importantly, will Biden be able to convince his Wall Street backers that he can still deliver? Last month, the campaign reported to have raised only $300, 000 comparing to the Sanders’ campaign which has raised 25 million. It’s indicative to a dwindling confidence in Joe. The donors seem to have turned their attention elsewhere—to Amy Klobuchar, Pete Buttigieg, and now billionaire tycoon Michael Blumberg.

At the beginning, we were told Joe Biden’s campaign was his to lose; and of course, he is losing it.