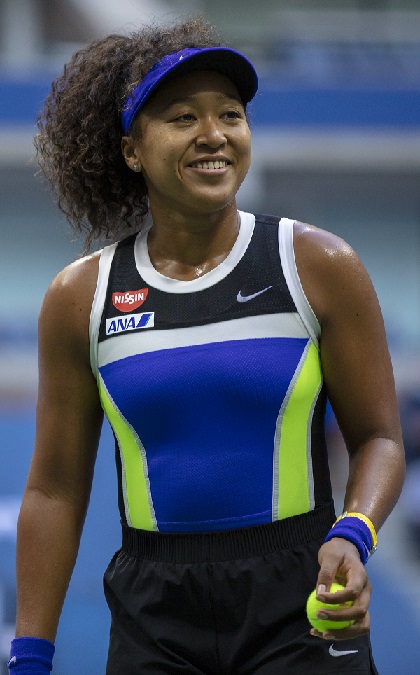 Haitian/Japanese American tennis star Naomi Osaka was and continues to be the talk of the hour ever since she decided not to participate in the upcoming French Open. In a lengthy Instagram post, the tennis legend said she “never wanted to be a distraction” and that her withdrawal is “the best thing for the tournament, the other players and my well-being is that I withdraw so that everyone can get back to focusing on the tennis going on in Paris.” According to Osaka, she has experienced depression and anxiety since winning her first major at the 2018 US Open and explained that speaking to the media often makes her nervous. She apologized to the many fans she had impacted with her decision.

The press has never been kind to Naomi of whom they consider not fully American because of her ethnic and cultural background. Many times, during interviews, she happened to remind journalists of her Haitianism. Naomi Osaka is one of the world’s top tennis players, if not the greatest.

Depression and anxiety can get heightened when it comes to speaking in public, and Osaka prior to her winnings was never a player who spoke to the media on a regular basis. The fear of public speaking is the most common phobia ahead of death, spiders, or heights. The National Institute of Mental Health reports that public speaking anxiety affects about 73% of the population. The underlying fear is judgment or negative evaluation by others.

Public speaking anxiety is considered a social anxiety disorder. According to the American journal of Psychology, the pre-frontal lobes of our brain sort the memories and is sensitive to anxiety and if your brain starts to freeze up, you get more stressed and the stress hormones go even higher.  Therefore, the frontal lobe begins to disconnect which makes it even harder to retrieve memories.