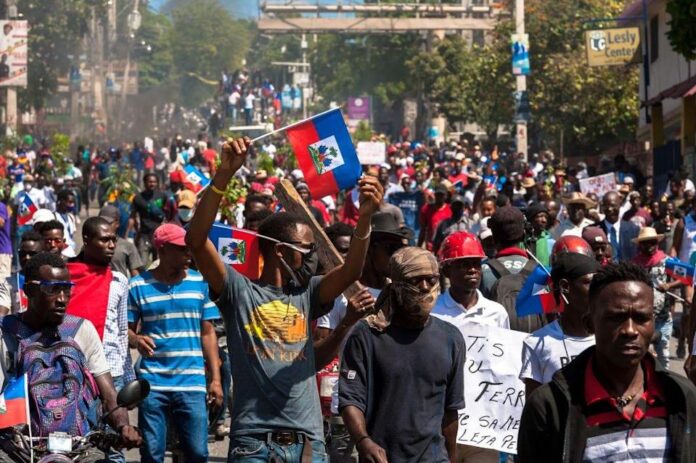 Since the apparent departure of Haiti’s acting prime minister Ariel Henry, Haiti is struggling to retain the fragile grip on power even as nationwide protests and gang warfare continue to destabilize the Caribbean country. The United Nations this week warned of an increasingly desperate situation as protests flared following a government-mandated increase in the price of fuel.

Gang violence has also rendered Haiti practically ungovernable, with Henry in office but unable to assert control. According to a Financial Times article, “An economic crisis, a gang crisis, and a political crisis have converged into a humanitarian catastrophe, a Haitian-led political solution is the first necessary step to address the current crisis.” said the UN Special Representative, Helen La Lime, in a security council briefing on Monday.

Haiti has been stalled in overlying and escalating crises since president Jovenel Moïse was assassinated in his mansion outside the capital in July 2021, in circumstances that remain mysterious.

About three weeks ago, political activist Edris Fortuné joined the thousands of Haitian citizens who poured into the streets of Port-au-Prince and other cities this week to demonstrate against the price hikes and the interim government of Prime Minister Ariel Henry. Fortune stated “Ariel Henry doesn’t have sympathy for the Haitian people.

The increase of the gas price is a provocation. It’s further proof of his arrogance. The misery in the country will get worse.” According to an official statement from the prime minister, the government could no longer afford to subsidize gasoline, diesel and kerosene. The government needs to collect more taxes so it can answer the needs of those who are less privileged.