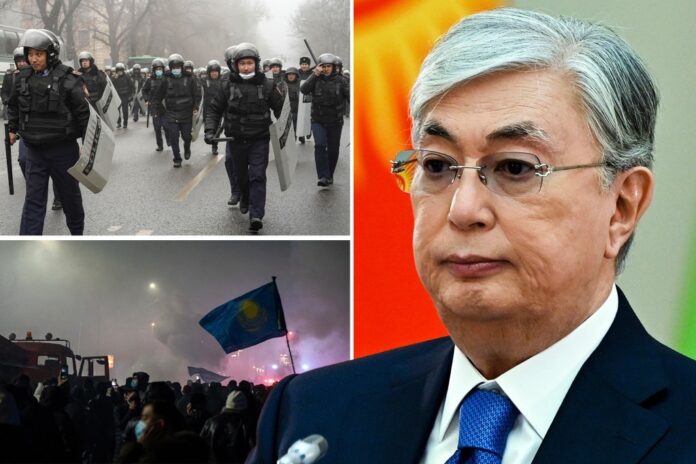 Protests rocked the streets of all major cities of Kazakhstan on Wednesday. Protestors were angry over fuel prices that have been skyrocketing since last year. According to the Associated Press, demonstrators stormed the residence of the country’s president Kassym-Jomart Tokayev as well as the mayor’s office in the country’s largest city Almaty.

Kazakhstan is one of the world’s largest countries, the ninth-largest one to be precise. It borders Russia to the north and China to the east. It is an oil-rich country with strong Russian influence. In fact, Russia is an official language in the country. Ethnic Russians make up about forty percent of the population. The country has extensive oil reserves which make it strategically and economically important. Not surprisingly, Russia exercises important influence there.

In a televised statement to the nation on Wednesday, President Kassym-Jomart Tokayev said that “we intend to act with maximum severity regarding law-breakers.” But no one seems to be listening as protests are now spread all over the country. According to AP, the protests began Sunday in Zhanaozen, a city in the west where resentment of the government was strong in the wake of a 2011 oil-worker strike in which police fatally shot at least 15 people. They spread across the country in the following days and on Tuesday large demonstrations broke out in the capital, Nur-Sultan, and in Almaty, the country’s largest city and former capital.

Tokayev has declared a two-week state of emergency for both the capital and Almaty, imposing an overnight curfew and restricting movement into and around the cities. We’ll be watching closely.