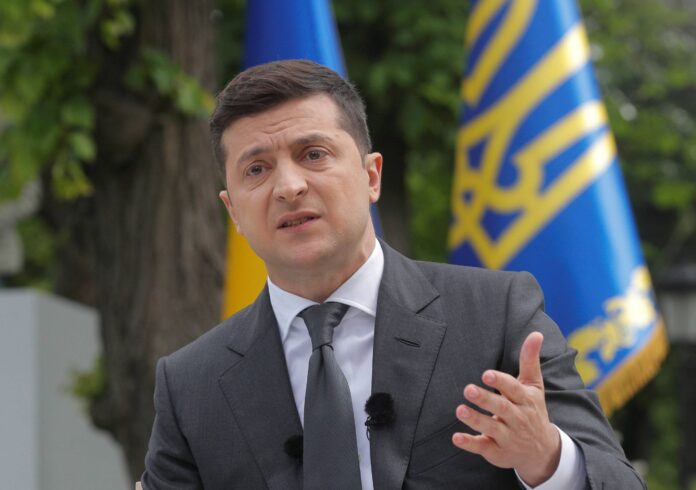 Ukrainian president Vladimir Zelensky has few options in his effort to stave off a Russian invasion. He tries and fails to convince the western powers to step in and to help him in a possible war against Russia. Although the NATO countries have been making bellicose statements in terms of punishing Russia if it were to roll its army into the neighboring Ukraine, they have stopped short of crossing the Russian president’s red line.

Putin’s red line is an open secret to everyone involved in this geopolitical crisis. The Russian leadership will not accept NATO to install long-range missiles on Ukrainian soil to target their country.

The politics of rapprochement with the west has already cost Ukraine the loss of Crimea and part of its territory in the Donbass region in eastern Ukraine near the border with Russia. Now, the Ukrainian president is asking for something that NATO cannot deliver: going to war against Russia on his behalf.

President Joe Biden said on Wednesday that the US would not be obligated to deploy troops to defend Ukraine against Russia because Ukraine is not a NATO member.

“The idea the US will unilaterally use force to confront Russia invading Ukraine is not in the cards right now,” Biden told reporters. “We have a moral obligation and a legal obligation to our NATO allies under Article 5. It’s a sacred obligation. That obligation does not extend to … Ukraine.”

The other problem facing Zelensky is that not all Ukrainians support the abandonment of Russia in favor of the West because of their historical ties to Russia. Half of the Ukrainian population is Russian-speaking.

So, what is left for Zelensky? Many observers believe his best option is to enter direct negotiations with Moscow. Will he take that step?