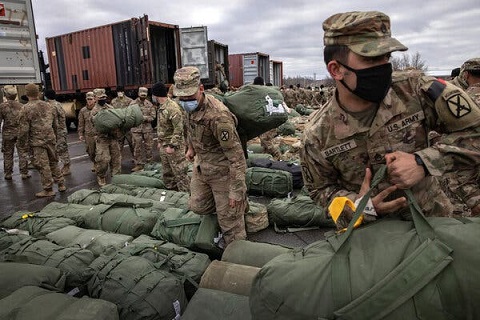 After almost 20 years, the U.S. on Monday vacated Afghanistan’s Bagram Airfield, the epicenter of American intervention. They left without notifying the base’s new Afghan commander, who became aware of the departure nearly 3 hours later.

“We (heard) some rumor that the Americans had left Bagram … and finally by seven o’clock in the morning, we understood that it was confirmed that they had already left Bagram,” said General Mir Asadullah Kohistani, who is the base’s new commander.

The departure must have been done in a predawn-hour rush. According to Associated Press reporter Kathy Gannon, who quoted Afghan military officials as saying, “Before the Afghan army could take control, the airfield, barely an hour’s drive from the Afghan capital Kabul, was invaded by a small army of looters, who ransacked barrack after barrack and rummaged through giant storage tents before being evicted.”

Confident of total victory, the Taliban has been surging. In the north of the country, AP reported that “district after district has fallen to the Taliban. In just the last two days hundreds of Afghan soldiers fled across the border into Tajikistan rather than fight the insurgents.”

This is the first US military defeat since the Vietnam war. After spending a trillion dollar and wasting countless of human lives, the US military could no longer sustain the occupation of Afghanistan, the poorest country in Central Asia. They have miscalculated and underestimated the desire of a people to live free of foreign domination.

They did not learn form the Soviet mistake. NATO actions in Afghanistan had helped transform the Taliban into a national liberation movement.

According to AP, the abandoned base “was a massive facility, the size of a small city, that had been exclusively used by the U.S. and NATO. The sheer size is extraordinary, with roadways weaving through barracks and past hangar-like buildings. There are two runways and over 100 parking spots for fighter jets known as revetments because of the blast walls that protect each aircraft. One of the two runways is 12,000 feet (3,660 meters) long and was built in 2006. There’s a passenger lounge, a 50-bed hospital and giant hangar size tents filled with supplies such as furniture.”