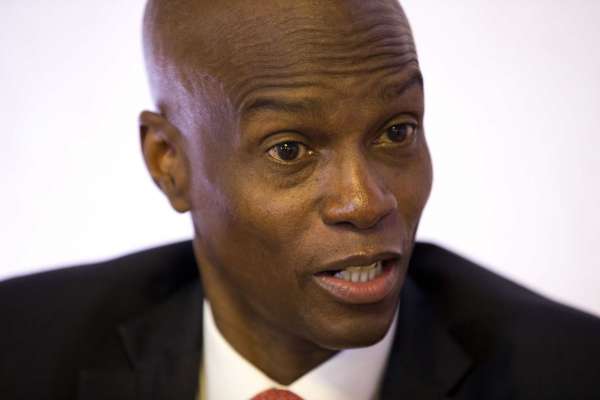 The news broke early this morning. Haitian president Jovenel Moise was gunned down by unidentified armed men who swept through security at his residence in suburban Port-au-Prince. Acting prime minister Claude Joseph released a statement confirming the death, saying “unidentified individuals attacked Moise’s home at around 1 a.m. and fatally wounded the head of state.” The statement does not specify how Jovenel was killed, but a gruesome picture reaching our office shows the sprawling dead body of the president soaked in blood, lying face up over what seems to be an unpaved alleyway. Per respect for our readers, we have decided not to show the picture.

Jovenel’s wife Martine Moise was reportedly to have been shot, and now unconfirmed rumors out of Port-au-Prince claim she has succumbed to her wounds in a Port-au-Prince hospital. “The security situation in the country is under the control of the Haitian National Police and the Haitian Armed Forces…. All measures are being taken to guarantee the continuity of the State and to protect the Nation,” the prime minister’s office says.

A controversial figure, Jovenel Moise, 53, has further polarized the Haitian society, refusing to yield to popular demands for free and fair elections. Last February, he said he would not step down as his term in office ended. He has been ruled by decree through his army of henchmen who kill without mercy in an attempt to silence 11 million Haitians yearning for social justice.

The next few hours will be crucial. If you can read French, the prime minister’s statement is below.

Note: Our correspondent in Port-au-Prince Yves Duchet contributed to this report.

You can also read Ardain’s article published last May. In blanche longing, Haiti waits for a new Dessalines 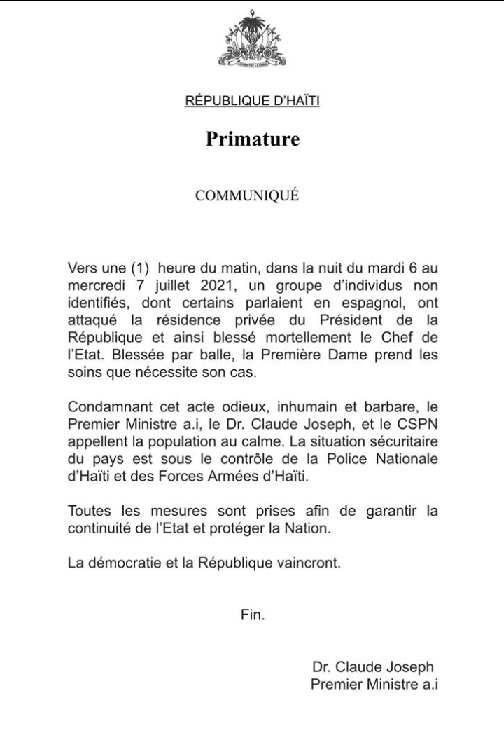