The Middle East: A dangerous region 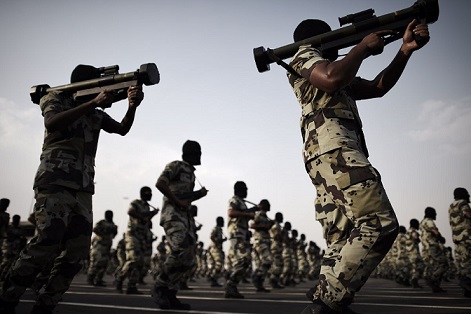 It has been said if there is going to be World War III, the flashpoint could be the Middle East. The large concentration of natural resources in that region has long made it one of the most hotly contested since early 20th century. The Balfour Declaration of November 1917, which partitioned Palestine into 2 States: One Jewish and one Arab, marked the beginning of an endless suffering for the people of Arabia and Iran. The British Empire, which lay historical and colonial claim over that part of the world was soon joined by The United States in forging alliances with despotic Arab leaders whose wealth and power had nothing to do with the subjects they ruled.

New York Times correspondent, Stephen Kinzer, in his book All the Shah’s Men, explains how British intelligence fabricated lies to get the United States to join the U.K. in the overthrowing of Mohammad Mossadegh, democratically elected Iranian Prime Minister in 1954. In the view of the western powers, the coup was at first a success, for they succeeded in reinstalling the corrupt monarch of Iran, the Shah.

The overthrowing of Mossadegh serves today as a chilling lesson about the danger of foreign interventions. So confident, the western powers in 1954, they went on to overthrow many other legitimate head of states simply because they refused to bow to colonial and imperialist dictates.

Again in June of 1954, they overthrew Jacobo Arbenz in Guatemala because he wanted to introduce social reforms on behalf of the Guatemalan poor. In August of 1954, they instigated a coup that catapulted fascist general Alfredo Stroessner to power in Paraguay. In 1961, they assassinated Patrice Lumuba in Congo for his patriotic stand against Belgium interference in his country’affairs after independence. In Haiti, they financed the fascist regime of Francois Papa Doc Duvalier which led to the slaughter of more than 50, 000 people according to Amnesty International. And the list goes on….

In the Middle East, however, competing forces for Arabian riches and the sadistic nature of Arab rulers have made it almost impossible for the population of that rich region to find salvation.

Since 1990, several foreign interventions have led to the dismemberment of Iraq, the destruction of Libya, the decapitation of Syria, the dashing hope for a Palestinian State and the obliteration of the poorest Arab country: Yemen.

It is hard to understand that the richest Arab country, Saudi Arabia, is destroying the poorest one, Yemen, in a proxy war with Iran while the western powers stand by and offer lip service to the people of Yemen. Saudi-Arabia is the world most dangerous kingdom that still uses beheading as capital punishment, where women have little rights as human being. 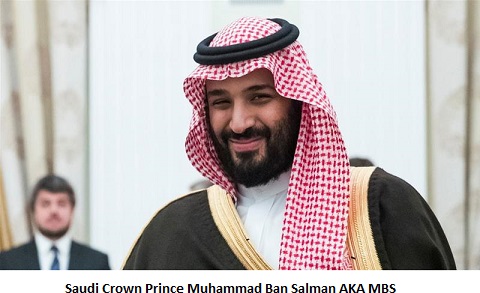 Despite the cruelty, its crown prince Mahammad Ban Salman, nicknamed MBS, now in tour in western capitals, have been receiving with the highest of honor. Red-carpets have been rolling for him in Washington, where he signed a 12.5 billion arms deal with the Trump administration, in Paris where he signed an 18.5 billion dollar trade deal, the UK where he donated 140 million dollar for a humanitarian project and more…..

Meanwhile they’re threatening to bomb Syria for alleged chemical weapon while the world watches as young Palestinians are dying under Israeli bombs in their struggle for freedom and independence.

Assad is in no way a good guy. His hand is coated in blood like the rest of the Arab rulers. They are all BAD boys. But the word BAD associated with boy has new meaning for the global powers. He is bad because he is not under my fold. He is good because he is one of my stooges. And Assad is not their BAD boy. He is Russia’s GOOD boy.

Because of this dangerous calculus, the threat of a conflagration looms. Russia, a global superpower, is supporting Assad and the West wants to make him pay. For the first since 1945, the prospect of WWIII is not an unwanted dream. It could become a reality. The question is: Will reason prevail?  We can only hope so because no one wants to even contemplate the aftermath of such a war.