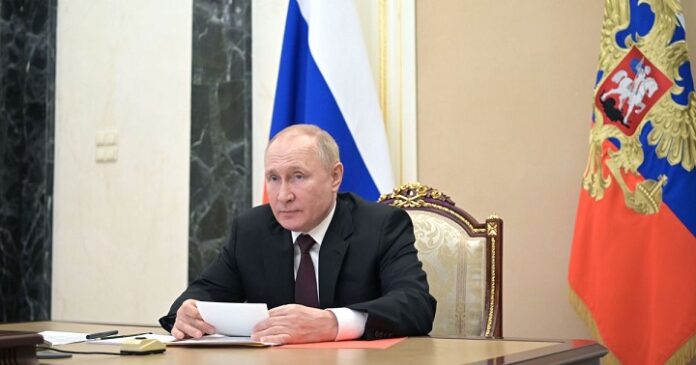 After weeks of threats of economic sanctions which have yet to produce any effect, Russia seems poised to roll its tanks into Ukraine. That has finally sent the Western powers crumbling to find a unified decision. At a press conference on Wednesday, which lasted more than an hour marking his first year in office, President Joe Biden gave the world a sneak preview of what might happen in the event Russia were to invade Ukraine. At that news conference, Mr. Biden said Russia would be held accountable if it invades Ukraine. And he went on to add that “It depends on what it does. It’s one thing if it’s a minor incursion and then we end up having a fight about what to do and not to do.”

These words “minor incursion” have sent chill to the hearts of the Ukrainian leadership and that of the US European allies. Arguably, they interpreted it as a greenlight for Russia to invade Ukraine. As embarrassing it may have been for American diplomacy, Biden did not appear to understand the gaffe he had just committed, prompting the White House to swiftly go on a damage control mode. In a statement released shortly after President Biden’s remarks, the White House clarified that if any unit from the Russian military moves across the Ukrainian border, it would be seen as “a renewed invasion.” Consequently, Russia would pay a heavy price.

Though humiliated, Ukraine’s foreign minister, Dmytro Kuleba, tried to play down Biden comments, but saying any attack on his country should be treated equally.

In an interview with The Wall Street Journal, Kuleba said that “Speaking of minor and full incursions or full invasion, you cannot be half-aggressive. You’re either aggressive or you’re not aggressive,” Mr. Kuleba said. “We should not give Putin the slightest chance to play with quasi-aggression or small incursion operations. This aggression was there since 2014. This is the fact.”

But who would listen to Kuleba? Ukraine’s eagerness to join NATO will have to come to terms to the reality that its wish will have to be put on hold for a long time, according to Biden’s own words. If it will ever happen. Biden’s remarks showed the division that exists within NATO on how to respond to President Putin in the event of a Russian invasion into Ukraine.