Kiana Ledé at the spring of her singing career 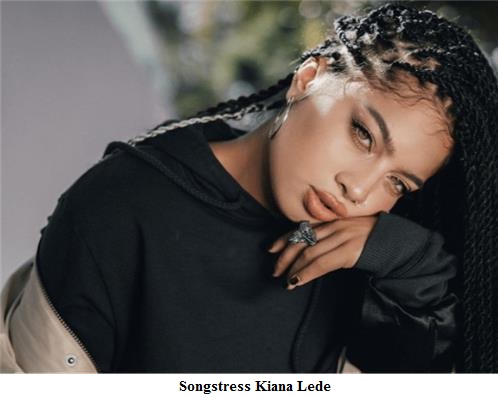 Prior to the second season of the Breakthrough MTV show Scream aired, there was hardly anyone who heard of the young American songstress Kiana Ledé.  Ledé’s early rise to musical fame came when she performed on the short-lived talent show Kidz Star Competition in 2011. Ledé’s impressive rendition of the song “Someone Like You” from Adele earned her a place among that season’s top ten finalists. Ledé also had some other incredible performances from that season as well which eventually landed her a spot in the show’s final episode as one of the final two contestants.

Ledé sang a breathtaking rendition of Leona Lewis’s song “Bleeding Love” which ultimately won her the grand prize of a recording contract from renowned recording label RCA records. Ledé was also rewarded to star as a lead actress on a Kidz Bop 21 commercial and music video. Unfortunately, her time at RCA records was brief due to her parents wanting her to finish high school successfully. Furthermore, the label’s faulty contract agreement didn’t do her justice as they refused to allow her to own any of the music she had written.

In May of 2015, Ledé eventually graduated from high school, and with the blessing of her parents she was signed to another company Republic Records. Ledé’s first EP project from the label titled “Soulful Sessions” was released in 2017 and was critically acclaimed. The first single from the album “Fairplay” was written by Ledé herself and it is a woman empowerment song inspired by a traumatic breakup from her boyfriend. Her latest single “Can I” written by Ledé is a flirty sultry song about dating. That song has already reached three million views on YouTube.