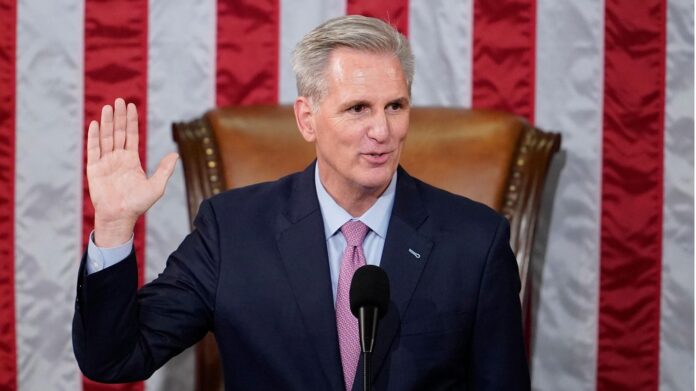 With Republicans now in control of the House of Representatives, although by a thin margin, already one can see they are increasingly looking like soldiers getting ready for battle. Due to their small margin, previous plans to move full swing with an assault on the Biden administration seem to have been modified. According to the New York Times, many top Republican officials “have made it clear that their primary mission in the 118th Congress will be to investigate the Biden administration, including inquiries they say could lead to the potential impeachment of President Biden and several cabinet members.”

It was McCarthy himself who said last year he did not see any grounds for impeachment against President Biden. Well, all that has changed. A few weeks in power, a host of impeachment articles against Biden and top members of his government have been introduced. “Some influential members on the right have said they relish the prospect of trying him for high crimes and misdemeanors.”

Jim Jordan’s panel was given an “open-ended jurisdiction to examine any issue related to civil liberties or to investigate how any agency of the federal government has gathered, evaluated, and utilized information about American citizens — including “ongoing criminal investigations.” It also gives the subcommittee the authority to obtain classified information typically only provided to the Intelligence Committee, including some of the government’s most protected secrets. This has led Hakeem Jeffries, Democratic Minority Leader of the House, to call the new subcommittee the “Select Committee on Insurrection Protection.”

The next few months will be very hot in Washington.