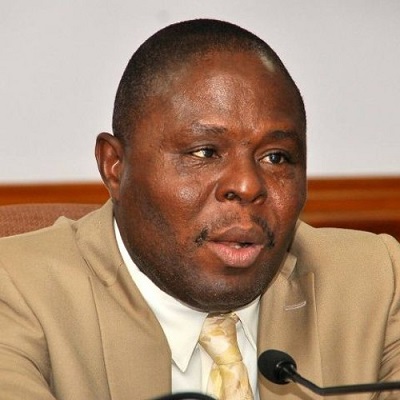 Normally, in CSMS Magazine, we do not waste our time focusing on low-hanging fruits. Haiti is at a turning point, and to comprehend the country’s contemporary history, one has to understand its geopolitical implications. So, it makes no sense to pay attention to petty politicians like Josué Agénor Cadet, a lackey of the last hour who has recently been dubbed interior minister. In holding this “position,” Agénor has emerged as a foxy butcher committed to sending as many victims as he could lay his hands on to the slaughterhouse. For a while he has been the education tsar for Jovenel Moise—a position he still holds, we are told. However, in the search to find the perfect stooge, Don Jovenel zeroes in on Ti Jò, for he knows no one can run a criminal enterprise without zealous executioners.

In operating under dual titles—education ruler and interior minister—Ti Jò has been provided the cover he needs to do the sale boulot (the dirty work). Reopening schools is key to show the world the dying regime is still in power; but this is a task that is increasingly becoming impossible to accomplish. The Creole fascists face a popular uprising unseen in more than a hundred years. The country is on a complete lockdown, and every sector of the Haitian society has joined the uprising—educators, students, the Clergy, protestants, voodoo worshipers etc.

Can Agénor deliver? Before answering this question, let us look at the man who has been put in charge to stall the popular unrest. Like Wilson Laleau—former Jovenel Moise’s personal advisor—Josué Agénor Cadet is from Saint Louis du Nord. Also, like Laleau, he had a humble beginning. As a teenager, he was too often shunned by his peers for the simple fact he was the son of a man named Devilnord who was in no way part of the town’s elite. A walleyed boy, at first glance one would notice a deceptive look on Agénor’s robust face, cunning in all its form. Belittled and overlooked, Ti Jò suffered in silence from those petty prejudices. One must say he was never a con artist—until now. In any functional society, Agénor would have earned the admiration of everyone, knowing where he came from.

Years ago, he left Saint Louis and went to Port-au-Prince. To survive along the unforgiving streets of that city, he did whatever he could, including seeking help from Ti-Marie-Suzette-Sonnen, roasted peanut street vendor and Aséfie who fed him through her food vending business. However, his situation then was no different in Port-au-Prince from that of many young people of his generation. Ardain Isma, who was one of them, would tell you how life was tough for those who lived in the fringe.

Those days are long gone—a distant memory for the man who has risen to “prominence” thanks to the most repudiated regime in Haiti’s modern history. A doomsday scenario believer, Agénor knows he is rolling the dice, and if he wins, he believes, he will be well-positioned to rip the juice—for his “hard-fought” dirty work. For him, losing is not an option otherwise his career as an opportunist de tout poil et sans poil (of all caliber) will be all but over.

So, Ti Jò has been all over, attacking police officers who have joined he protest movement, promising his masters via empty rhetoric that the North and the Northwest will be pacified. He has morphed into the infamous overseer who hires violent gang members, dressing them with police uniforms and sending them on a killing spree while shooting live ammunition at closed range on unarmed protesters. Several of such cases were registered in Port-au-Prince alone yesterday as they were reported by many radio stations in the Haitian capital.

Jovenel Moise, Josué Agénor and a certain Roudy Ali are now the most hated coons among the pack. Agénor’s thuggish behavior does not allow him to remember Ti-Marie-Suzette-Sonnen and Aséfie who once helped him when life was rough because now as a covert ingrate, he feels no remorse when ordering his henchmen to turn the gun on them. Those who live in the popular neighborhoods are the true representatives of Ti-Marie and Aséfie.  But in the North as well as in the Northwest and in the entire country for that matter, the response to Josué Agénor’s arrogant message has been unequivocal: WE ARE WAITING FOR YOU!