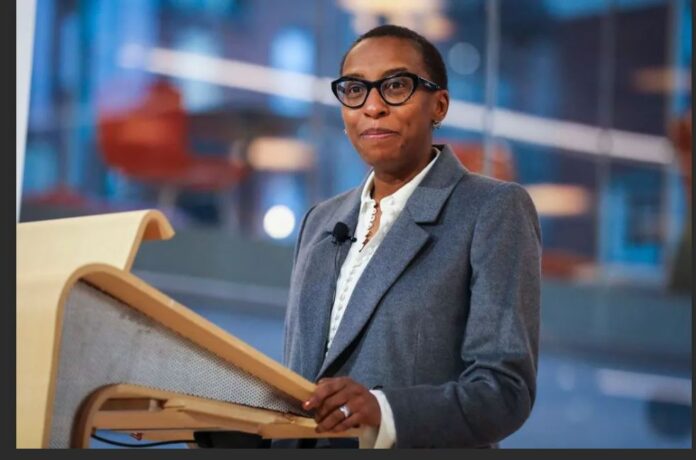 Harvard University has named 52-year-old Haitian American Claudine Gay to be its 30th president. This is the first time a black woman will hold this position. According to the Harvard Gazette, Claudine is “a widely admired higher education leader and distinguished scholar of democracy and political participation.” Indeed, Claudine is known to be an ardent proponent of minority rights and as dean of Harvard University’s Faculty of Art and Science (FAS), she’s encouraged and worked for a more diverse faculty. Claudine has also directed energies on increasing “student access and opportunity, spur excellence and innovation in teaching and research, enhance aspects of academic culture, and bring new emphasis and energy to areas such as quantum science and engineering; climate change; ethnicity, indigeneity, and migration.” (Harvard Gazette)

Born in Bronx, New York, from Haitian immigrant parents, not surprisingly, the Haitian American community applauded Claudine’s nomination with jubilation. From Boston to New York and other places, there was an explosion of pride and hope, not just for Haitian children born in the US, but also for minority children across the nation.

Claudine Gay graduated From Stanford in 1992 with a degree in economics and was awarded the Anna Laura Myers Prize for best undergraduate thesis.” She went on to pursue higher education.  “In 1998, she received her Ph.D. in government from Harvard, where she won the Toppan Prize for best dissertation in political science.”

Claudine is also known to be “a quantitative social scientist with expertise in political behavior.” In 2006, Gay was hired as a professor of government at Harvard after serving “as an assistant professor and then tenured associate professor at Stanford.”  Since 2018, Claudine has served as the Dean of FAS.

As president of Harvard, she will replace economist Lawrence Bacow.

To learn more about Dr. Claudine Gay, you read her Wikipedia page.