Haiti: Beautiful Saint Louis du Nord in all my dreams 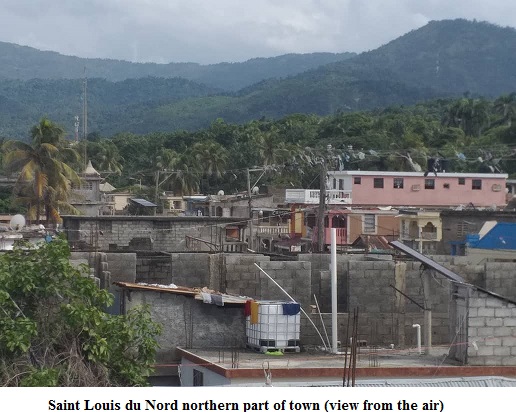 Striking snapshots from Saint Louis du Nord this morning shed new light on this picturesque town sprawled on Haiti’s northwest coast. It was there, years ago, a young woman named Rose gave birth to a boy she proudly named ARDAIN—the product of her union with Tibince—a PRINCE from the Isma Kingdom—literally. A feeling of nostalgia suddenly took hold of my heart and soul, looking at these pictures—a gift from dear cousin Cedrick. Saint Louis looms large under a turquoise sky, cloudless and breathtakingly dormant as the town tries to recover after days of street protests against corrupt, elected officials.

When I was a teenager, Saint Louis was sparsely populated—maybe 10,000 souls, including its unincorporated areas (the fringes of town) and its hinterlands. In the summer when kids were out of schools, my friends and I, in early evening, would spend the time, wandering up and down Grand Rue, always in the hunt for the golden honeys, girls with strange walleyed eyes who walked in feline posture. Mademoiselle M with hollowed cheeks, who moved with imposing strides, was the heavenly prize to win. Boys chased her like one chases wild touloulous along the rocky bed of Ti Rivyè, a shallow creek that carved the town’s proper from its northern fringe. I remember vividly; its north bank marked the beginning of the community of Des Granges, a place I describe in my novel Midnight at Noon. As for Mademoiselle M? Never mind.

As you’ll see in the video below, Saint Louis du Nord of a certain time is starkly different from Saint Louis du Nord of a time CERTAIN. When the morning twilight gives way to the rising sun—piercing and unforgiving—Saint Louis sounds like the quintessential Caribbean town, where cars, motorbikes, street vendors, and even donkeys crisscross each other. When my cousin goes on the rooftop, Saint Louis comes in full view. To the east is a windy upland verdantly fabulous. To the west is a sugar sand beach on which low tide, timid waves—near and far—come crashing. The other side of the ocean is the island of La Tortue. To the north is the dazzling bay of Nan Figure. Saint Louis sprawls, booms and chirps like woodp 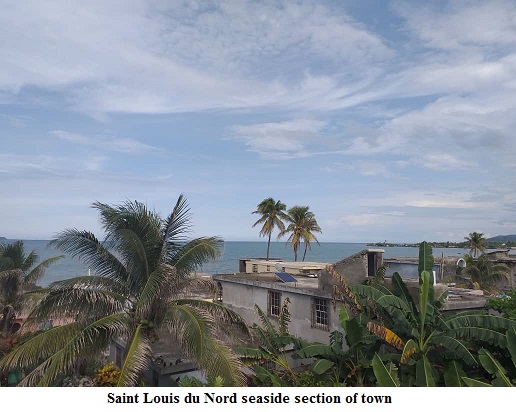 igeons flying in high altitude. In my understanding, the town is now three times the size of Saint Louis I knew when I was young—when time seemed endless. Oh, I miss my town!

Note: Touloulou is a small land crab found in this part of Haiti. They nestle around muddy riverbanks.