Donald Trump’s derogatory comment on Haitians is no surprise 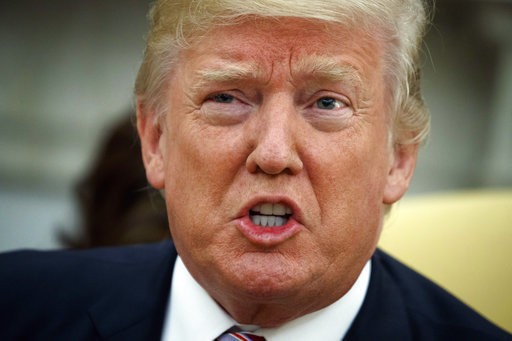 Only weak-minded, naïve Haitians would believe the Trump administration was somehow lenient towards Haitians because he has used Haiti in the past to prove his case against Hillary Clinton. The latest revelations about his blatant, inflammatory remarks on Haitians and other immigrants only reaffirm his lofty disdain for anyone who is not European or of European origin. According to the New York Times, in a meeting last June, Donald Trump said Haitians “all have AIDS.” On Nigerian immigrants, he said he wanted to send them all back to their “huts” in Africa.

Donald Trump and his surrogates deny it, but the Times stands by its article, saying its sources are believable.

I don’t know why some folks and the media talk-shows seem surprised. It was Donald Trump who kicked off his presidential campaign two years ago with a direct assault Mexicans, calling them drug dealers and thieves. It was Donald Trump who said among his White House officials, he was “the least racist.” He did not deny that he was a racist when the question was posed to him during a press conference at the White House early in his administration.

Even the “Klan” no longer claims to be anti-blacks. They are now saying they are simply pro-whites. That is their new scheme. No wonder why the Klan stands so solidly behind the man who wants to “make America great again.” His message of hate, although comforts all xenophobes, can only make America hate again, taking the country back to the Jim Crow era.

Now, one may say Donald Trump’s dull sense of ignorance about complex problems of society and his complete lack of intellectual curiosity are at the roots of his erratic form of governance. However, derogatory comments against defenseless Haitians and other minorities do nothing to justify such advocacy on Trump’s behalf; nor will it be enough to assuage the fear that grows daily in the heart of illegal immigrants, especially Haitians who—once arriving in Port-au-Prince after being deported—will have to live in a country ruled by coons who “shuck and jive” daily to please their masters at the US embassy in Haiti controlled by Donald Trump.