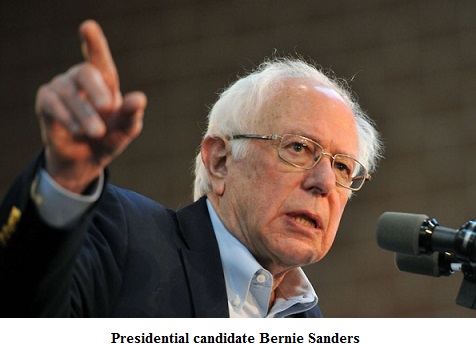 Before the results started coming in Tuesday night, the whole world knew the Democratic Party leadership had gone to war against Sanders. Although I knew the revolution was under pressure, I could not, however, foresee the extent of the establishment’s desire to suppress popular sentiment. When it was over, 9 out of the 14 states went for Biden, including Texas—unthinkable 4 days ago. The same Joe Biden who fled to South Carolina to avoid humiliation after two crushing defeats in both Iowa and New Hampshire emerged Tuesday night as the trail blazer the superrich in this country had longed for. How did this happen? We may not know the answer for now, but history will surely tell us—someday.

Sources said they were determined to stall the Bernie winning machine. The political establishment went after Sanders with every weapon from its arsenal. They used lies, fear, smear, and the most lethal of all: dressing Bernie with the socialist straitjacket.

If you think a fair political process in a lopsided bourgeois democracy is still possible, you need to think again. Last night’s outcome was not only a rebuff to popular aspirations; it was also a rebuke to the idea that Bernie Sanders could transform the Democratic Party into an instrument for “political revolution” or significant social reform. Everyone should now see the party apparatus as an entity unbreakably tied to Wall Street.

Not surprisingly, after yesterday’s selloff, the DOW closed this afternoon with a record high, up to over one thousand points. Pushing the market higher was the healthcare sector. Humana, United Healthcare and others rebounded with a vengeance after days of losses, gaining more than 5 percent of their values. The pharmaceutical industry and the insurance industry were the prime targets in Bernie’s fight for social justice.

In lieu of embracing Sanders’ platform—free college tuition, healthcare for all, deracinating institutional racism—after his wins in Iowa, Nevada and the New Hampshire primary, the party leadership moved instead to shore up the weakening Biden’s campaign after it became clear that Michael Bloomberg, the media mogul billionaire, could not come to the rescue.

The rise of Sanders and his unwavering attacks on corporate greed has sent the big business establishment paralyzed by spook. If one wants to believe CNN, what they were secretly preparing had to be rushed into the open following Sanders’ win in Nevada. It was a coup manufactured in stages. First, they engineered a Machiavellian stage-play with black Congressman James Clyburn, shedding the crocodile ears on mainstream television while ordering all black pastors to deliver the black vote in wholesale trading. This provided the template for Biden’s victories Tuesday in the six states across the South, where he rolled up large majorities among African American voters, as high as 72 percent in Alabama. These are tough things to swallow considering the precarious conditions in which millions of African Americans live. Never before one witnesses such blatant form of identity politics well designed to stage a coup against Sanders, the most popular politician among the candidates.

Klobuchar’s stunning departure from the race paved the way for a Biden victory in her home state of Minnesota, and “the endorsements by Klobuchar, Buttigieg, Beto O’Rourke and a slew of other Democratic Party leaders boosted Biden in Massachusetts, Texas and the whole range of Super Tuesday states.”

The reactionary nature of many influential leaders in the African American community constitutes a major hindrance for black socioeconomic empowerment. Without question, identity politics is playing the most pernicious role in this war against Sanders. Joe Biden whose racism is an open secret and who once said black mothers needed to be coached by social workers on how to raise their children can now vulgarly stick his chest out while saying the black vote is “my firewall.” It is very insulting to the intelligence of people of color.

One must say, however, in spite of the relentless pressure, thousands of African Americans voted for Sanders, mostly college educated young people who see their future intrinsically linked to that of the rest of America, and Bernie Sanders’s inclusive agenda foregrounded on social justice is the way forward.

We, in the progressive camp, must not forfeit our rights to fight to the finish. This is no time to capitulate. The struggle for social justice has never been an easy undertaking, especially when you are up against the most powerful people in the land. Remember, our cause is a just one.