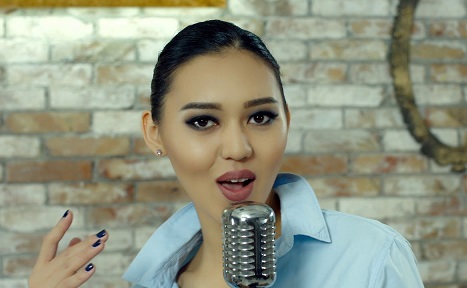 Until the group Made in KZ came to the world, few people outside of Kazakhstan knew of the rich and thrilling melody of the Kazakh music. The dombyra, a two-stringed instrument resembled much like a modern version of a banjo, is the group’s trademark. The acoustic sound is unmistakable. It is fascinating to watch how popular music can be performed through the strings of a dombyra.

Bauyrzhan Itikeyev, the leader of the group said in an interview on Kazakh TV that he “came up with an idea to create an extraordinary project three years ago. During this short period, Made in KZ managed to gain popularity not only in Kazakhstan but also far beyond borders of the country.”

The group gained fame outside of Kazakhstan after the realization of several renditions conceived through their interpretation of historic songs by artists like Joe Dassin’s Et si tu n’existes-pas, Lost on You by LP etc. The group is hot. They have toured many cities in Russia, Malaysia, Turkey and Finland. Perhaps someday, music lovers in the US will get a chance savor this delicious Kazakh beat.

Kazakhstan is the richest country in Central Asia. It has two official languages: Kazakh and Russian.