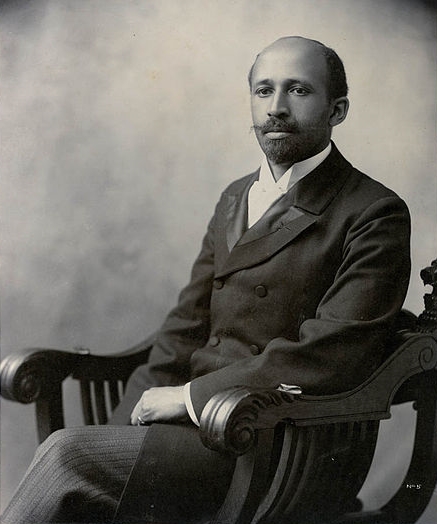 Hatred for American socialism, now openly expressed in the corporate media, is nothing new. To help you understand this reality, Ardain Isma refers to a historic speech delivered by WEB Du Bois on April 9, 1960 at the Wisconsin Socialist Club in Madison, Wisconsin. The speech was titled “Socialism and the American Negro.” Du Bois, of Haitian origin, was already over 90 years old when he delivered this famous speech because it didn’t take long after that for him to move to the West African country of Ghana where he died on August 27, 1963 at the age of 95.

In the address, Du Bois asserts  that African Americans must learn the truth about socialism so that they may “preserve their culture, get rid of poverty, ignorance and disease, and help America live up to at least a shadow of its vain boast as the land of the free and the home of the brave.”

He speaks about corporate greed which makes it possible for few people in America to earn untold amount of money at the expense of the vast majority who live day by day.

Du Bois questions the destructive nature of American capitalism as a model, he says, that cannot be endured. He also makes some comparison between the American way with that of the Europeans.

Instead of investing into social programs to help eradicate poverty, Du Bois says, they offer war, investing an indescribable, fantastic sums of money to build an empire based on distrust and contempt to most of the human beings who inhabit the world. This, he says, will ultimately create a huge debt that we may never be able to pay.

He speaks about the injustice against China which began in the 19th century, the rise and fall of Shenk ei chek and the instilled hatred against the Chinese people.

While we shed the crocodile cry of the Dalai Lama, the Tibetan exile leader, he says, we ignore the cry of millions of our citizens in crowded jail. And when they rise to demand justice, we offer them more jail.

Du Bois concludes by acknowledging that millions of Americans are not interested in learning about socialism, but they have no rights, he says, to prevent the truth “about socialism from being told.”