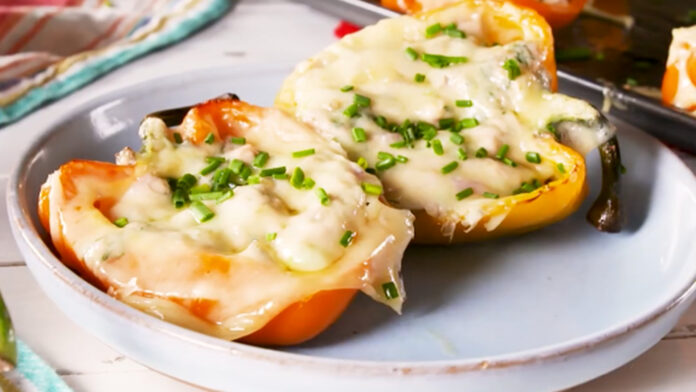 Tuna melts with roasted bell peppers is one of the delicacies one cannot overlook. This is an interesting recipe I’m sharing with you this week. Easy to prepare.

Making your own roasted red peppers is so simple, plus it cuts down on the sodium compared to jarred peppers—giving you more room to add other flavorful ingredients, like mustard, without making the dish too salty.

Position rack in upper third of oven; heat broiler to high. Line a baking sheet with foil; place bell pepper halves on it, skin-side up. Broil until the skin is nicely charred, about 15 minutes. Transfer to a large bowl, cover tightly with plastic wrap and let steam for 10 minutes.

Meanwhile, stir tuna, celery, mayonnaise, dill, shallot, mustard and pepper in a medium bowl. Arrange English muffins, cut-side up, on the foil-lined pan. Divide the tuna salad evenly among them.

Peel the peppers and slice into 1/4-inch-thick strips. Divide the strips among the sandwiches and top each with a slice of cheese (tear it into smaller pieces if it hangs over the edge). Broil until the cheese begins to turn golden and bubbly, 2 to 3 minutes.

Note: The article was first published in Food and Wine Magazine.