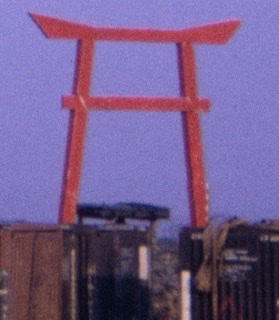 CSMS Magazine
Rakkasan Leadership, Vietnam December 1967
When we arrived in Vietnam, General Westmoreland was the theater commander and General Barsanti commanded the 101st Airborne Division. Westmoreland had commanded the Rakkasans from July 1952 to October 1953.
Barsanti was a known disciplinarian. Before he left Vietnam, the 101st Airborne Division had more than a company of combat paratroopers locked in the Vietnam stockade. Barsanti had time to work on his valor awards. He inspired the 1st Battalion, 501st leadership … and received a Silver Star (SS). A few weeks pass, and he earned his second SS and prior to exiting the theater was awarded the Distinguished Flying Cross. The Rakkasans endured him for about 183 days and then he was replaced by General Zais.
Bravo company 3/187 locked the most paratroopers in the stockade. One B company soldier was ordered to return to the rear. The person doing the ordering died that evening. Now you have a soldier in the rear with no authorization to be there.
The battalion commander, who was with us for maybe one-hundred days, told a first lieutenant, the private’s defense attorney, “I’m going to make an example out of that soldier, he is going to the stockade for six months.”
The first lieutenant informed the private, “The old man says you are going to jail and I’m not going to piss him off. First lieutenants get killed out there.”
The private is restricted from entering the Court Room, Officer Club.  No judge, no jury, no charges are read, and the private is prohibited from testifying. Military authoritarian justices at its worse.
The 101st Airborne Division is now leaderless. Every tactical mistake, resulting in loss of lives, is covered up by the local Draft Board. They provided a never-ending supply of replacements. The man who transferred the soldier to jail, was the sergeant that shot and killed PFC Jesse Smith (see Four of Many). When he was released from the stockade by General Zais, the private requested and was sent back to Company B. On arrival, he discovered his third company commander and platoon leader had been reassigned.
The few days the private is assigned to the stockade saved his life, for when he returned to the battalion most of the Rakkasans, originally deployed with B Company, had been killed or wounded. The private was promoted, he finished his 25 months with the Rakkasans, and after 28 years he retired from the Department of Defense. Regrettably, he was at the attack on Fire Support Base Jack and cringes at the embellished valorous officer awards.
All ended well for his first of five Rakkasan battalion commanders; that battalion commander received his third Silver Star on a day we did not fired our weapons,  he returned home on compassionate reassignment, and retired as a three star general.
This is Vietnam Rakkasan History, and we claim to be the most valorously decorated airborne infantry regiment.
Note: Andrew Robbins is the author of The Rakkasans. He is also the author of It Took MY Breath Away. Andrew Robbins is one of the CSMS Magazine’s original writers.
Follow Andrew on Facebook: Andrew Robbins Page