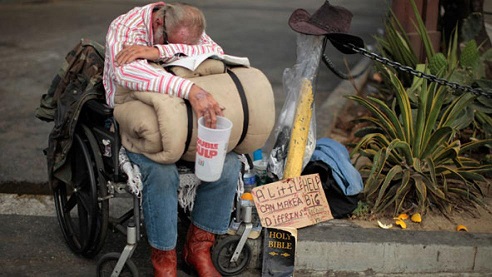 We continue this week with our series on poverty in America. Poverty is a problem of major macro-system consequence. It dramatically affects a majority of social welfare resource recipients. It keeps people pinned down, trapped in a vicious cycle of despair. There is an element that is usually ignored in the crucial debate: The relation between poverty and wealth.

In most countries of the world, wealth is concentrated in a small percentage of the population. Because of lack of resources and unfair distribution of wealth, abundance for a few is created by depriving others.

There are two ways of measuring the extent of economic inequality. Income refers to the amount of money a person makes in a given period. Wealth is a person’s total assets—real estate holdings, cash, stocks, bonds, and so forth.

The distribution of wealth and income is highly unequal in our society. Simply to most countries, the United States is characterized by social stratisfication—that is, it has social classes, with the upper classes having by far the greatest access to the pleasures that money can buy. Meanwhile, millions of Americans struggle daily to make survive.