Nagorno-Karabakh: The epicenter of a new round of regional conflict 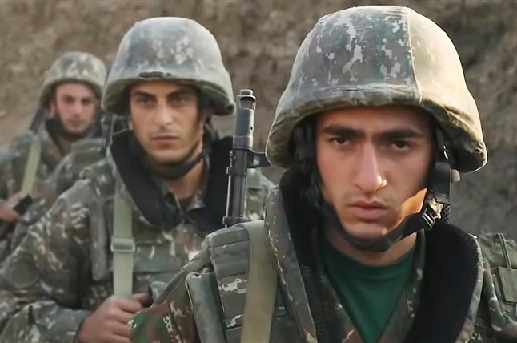 Nagorno-Karabakh is an autonomous region located inside Azerbaijan but inhabited by ethnic Armenians. During the final years of the USSR—late 1980s to be precise—the region voted to join the Armenian republic. When the Soviet Union dissolved in 1991, all of the 15 republics that constituted the old USSR became independent republics, including Amenia and Azerbaijan. So, the newly independent Republic of Azerbaijan, which opposed to the idea, incorporated this region within its border. This had triggered a bloody conflict between the two countries. The war ended after a brokered ceasefire which “led to the de facto Armenian control over Karabakh and surrounding regions of what is internationally recognized as Azerbaijan. Since then, clashes and skirmishes have taken place in what was largely a frozen conflict, until 2016.”

Since then, Azerbaijan has become a relatively prosperous country in Central Asia, far better off than Armenia, rich in oil and other natural resources. War flared again on the morning of Sept. 27, when Azerbaijan launched an offensive across the line of contact held by the Armenian military and local forces belonging to the breakaway region of Nagorno-Karabakh (sometimes referred to as the self-declared Republic of Artsakh). “The fighting is the worst it has been since the Karabakh War of 1992 to 1994, encompassing the entire line of contact, with artillery, missile, and drone strikes deep past Armenian lines.”

Although this can be described as a low-intensity warfare, it could, however, have geopolitical ramifications. Turkey is openly supporting Azerbaijan, offering logistic air support. Russia, though wants to play the role of a powerbroker in the conflict, has a military understanding with Armenia, but insisting that it will not intervene on behalf of Armenia unless the conflict becomes an existential matter for Armenia—meaning the Russian military will not cross the border into what it is now recognized as the official territory of Azerbaijan.

It’s been more than a month, but the war drags on without a clear winner in the battlefield. 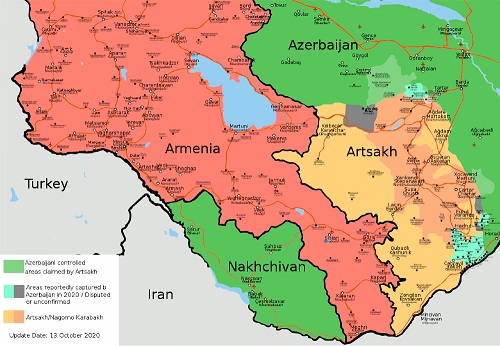 You can read this in-depth article written by Michael Kofman and Leonid Kersisyan in the War on Rocks.