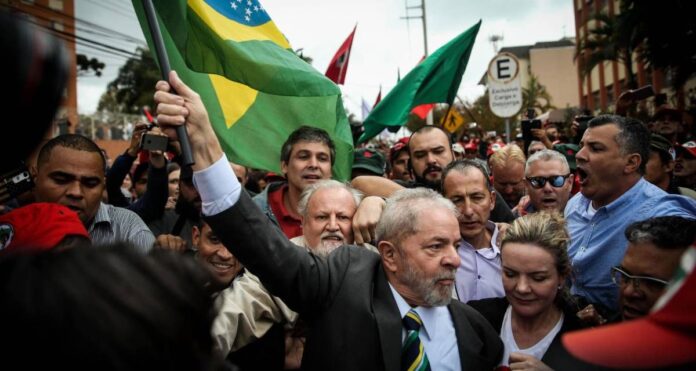 As Brazilian citizens choose between re-electing President Jair Bolsonaro or returning former President Luiz Inácio Lula da Silva to office, the stakes are high for nearly every living creature on Earth. Brazil’s rainforests are critical to the global climate’s future, and the candidates have offered diverging views on whether more trees can be cut down by ranchers and farmers. Luiz Inácio Lula da Silva. Lula, as he is affectionately known, has led with more than ten points ahead of Bolsonaro in many of the polls. But he has to overcome voter skepticism after major corruption scandals during his two terms in office landed him in jail.

A victory by da Silva would be a stunning political comeback. The 76-year-old former president led Brazil from 2003 to 2010. He expanded social welfare programs that helped millions rise out of poverty, during a time of economic growth and a boom in commodity prices. Leaving office, da Silva was widely regarded as one of the most popular politicians in the world.

Despite trailing in the polls, Bolsonaro insists he’ll win outright on election day, and avoid a second-round run-off. He has long claimed that if he doesn’t, it would only be because of widespread voter fraud — just as he alleged, without providing proof, in 2018. Like Trump, Bolsonaro falsely claims that his country’s electronic voting machines are easily susceptible to tampering.