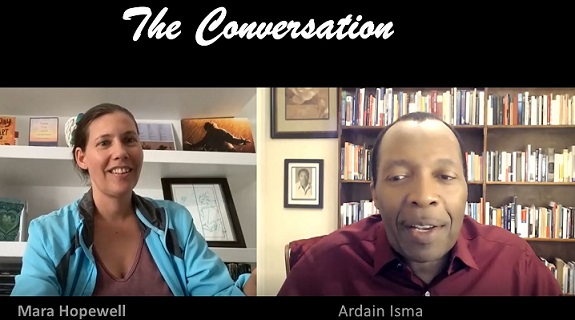 A couple of weeks ago, I had the occasion to speak with filmmaker Mara Hopewell. We spoke at length about her film projects and about her motivation to use cutting-edge technology in future productions. Mara lives in Los Angeles, California. Like many film producers, Mara is also an actress. She has been featured in many of her own productions, mainly short films, but each carries an important message to society. “A camera can have more power than a gun. It’s the screen, it’s the largest classroom in the world. But instead of shooting bullets, you can shoot hope, you can shoot love and inspire things that [can teach] the world….”  In fact, Mara’s films tackle serious issues like anorexia and other social issues that we, as humans, wrestle with in a daily basis.

I asked her if she doesn’t plan on producing some feature films. She said she is currently working in two projects. One is a feature documentary on suicide prevention for which she’s now fundraising. She hopes to be in full production for that documentary in January. Mara also uses her films to advocate for better health care. The other project is also a feature film which will be her first narrative, and I can’t wait to watch it.

During our conversation, we ran into some unexpected technical difficulties. We had to stop and recontinue. So, you’ll be able to see Mara in two different outfits, but that’s okay. It’s still the same filmmaker talking to me, explaining how N Deuce technology in film production is the way to go in the future.

To learn more about Mara’s works, you can visit her Twitter page. You can also visit her YouTube channel.

Watch the video below as well as on our You Tube channel.