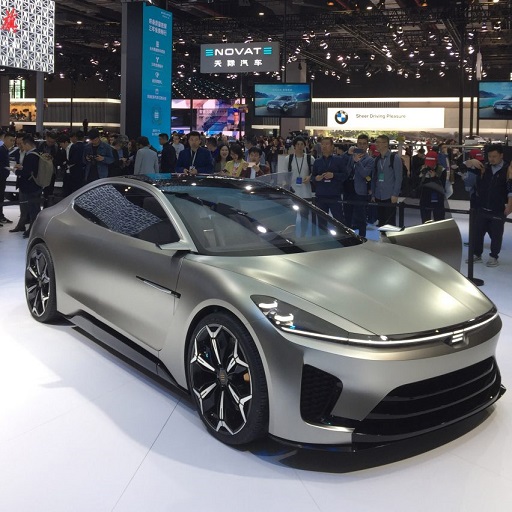 As the struggle to save our planet against global warming moves to higher gear, industrial nations have been hard at work trying to abide by the Paris Climate Agreement. Reducing carbon emission into the atmosphere is a key component in the agreement. Thus, comes the role of electric-powered vehicles. Gasoline-powered vehicles bear the share of the blame for pollution in the atmosphere. According to US Energy Information (EIA), in 2019, total U.S. CO2 emissions from aviation and motor gasoline combustion were about 1,139 million metric tons, or about 22% of total U.S. energy-related CO2 emissions. A typical passenger vehicle emits about 4.6 metric tons of carbon dioxide per year. This assumes the average gasoline vehicle on the road today has a fuel economy of about 22.0 miles per gallon and drives around 11,500 miles per year. Every gallon of gasoline burned creates about 8,887 grams of CO2.

Not surprisingly, electric vehicles are increasingly becoming the new players in the auto industry. Like in every industry, there are leaders, and albeit Tesla, the giant US EV maker and its flamboyant leader Elon Musk, China has taken the lead in the revolution. Below is an excerpt from an article written by Ed Carson for Business Insider.

Tesla does not break down sales and output by region, but China was clearly a big driver of growth in Q4 and the full year. Industrywide data will provide December China production and sales figures for Tesla in the coming weeks. There are early indications that Tesla’s China sales were roughly 30,000 in December, for about 65,000 in the quarter.

If so, that could suggest weaker-than-expected sales in the U.S.

Clearly, investors have been expecting strong Tesla deliveries for 2020 and years to come.

But in premarket trading, Tesla stock rose 2%, signaling yet another record high.

Tesla stock rose 1.6% on Thursday, closing out a mammoth 743% surge in 2020. TSLA stock is well extended from any conceivable buy point.

The EV maker will hold its annual Nio Day Jan. 9, where it will unveil at least one sedan, battery technology and more. The sedan is likely to be a rival to the Tesla Model, the Xpeng P7 and BYD Han EV.

BYD Co. is due to report December deliveries over the coming days.

All four Chinese EV makers, along with Tesla, saw big China sales gains in November. One factor is Shanghai, which has a free license plate policy for new energy vehicles, including EVs, hybrids and fuel-cell vehicles. Many Chinese cities limit the number of license plates, providing the right to own a car, and they are quite expensive. The NEV free license policy was due to end in 2020, but on Dec. 30 Shanghai extended that through February.

Note: You can read the article in its entirety. Click here

Jacob Davis is a contributing editor for the magazine. He’s not a financial advisor. Therefore, his articles are only meant to inform, not to give financial advice.