Coronavirus in the US: the death toll keeps rising 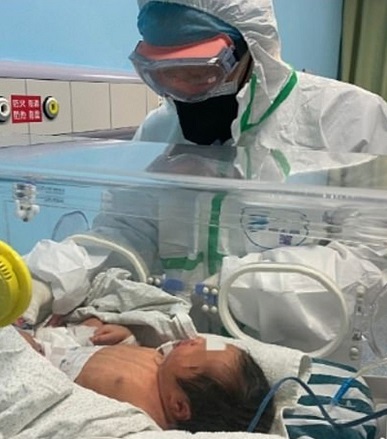 We’re living in uncertain times. Five months ago, life seemed fine, nothing out of the ordinary, until mid-November when news of covid-19 started trickling out of Wuhan, China. Then, few folks in America had heard of Wuhan, although that city had long been an important, commercial hub for both China and the West. Soon the Chino-phobes and the Russophobes quickly jumped on the story, fueling the mainstream media with cold-hearted criticisms, blaming China for abandoning its own people, for lack of preparedness, and for gross disregards for human lives.

As the death toll continued to rise, so too were the cynicism via a series of attacks on the Chinese leadership, calling the pandemic-in-the-making “the direct result of government mismanagement and State-controlled capitalism.” In a world of conspiracy theories, it didn’t take long for misinformed individuals across the so-called “industrial democracies” to believe in the fake narrative.

Now, as the rest of the world goes stir-crazy, trying to contain an invisible virus amid an unprecedented rising death toll, China has been reportedly to be in control, even in Wuhan where life is slowly returning to normal. There, according to Chinese officials and other news organizations, the transit system is back in operation.

Russia, which shares a long border with China, has been preparing since day one. Emergency hospitals have been at the ready outside large urban centers like Moscow, Saint Petersburg and other cities. The number of cases being reported in the largest country on earth is a little more than one thousand.

Meanwhile, western Europe and North America are scrambling to put their grip on the virus. Hospitals are swelled to the brim. Their economies have gone into a screeching halt. No end seems in sight. More than half of the US population now lives in confinement.

It took Donald Trump almost one month to finally acknowledge the crisis was full blown. In mid-February, he said everything was normal when the country had already registered 500 cases and more than 17 deaths. Now, the death toll has risen to more than 2, 000 and the number of reported cases to more than 100,000.  The United States has become the epicenter of the pandemic, surpassing Italy, Spain and other countries where officials seem powerless in the fight to curb the spread of covid-19.

Contrary to the United States, however, western Europe has come to realize there are moments in history one has to swallow his pride and do what’s right, especially when humanity seems in peril, and the long, tight chain of human existence is on the verge of being broken. Last week, Italy, Spain, Germany called for help. China, Russia, and tiny Cuba have heeded the call to save lives. Cuban doctors were shown to be arriving in Italy last Sunday. China and Russia have done the same, sending medical equipment, doctors and other medical personnel to the countries mentioned above.

We can only hope US officials come to their senses and do what must be done, joining the rest of the world to stop the spread of this virus. For God sake, it’s human lives we’re talking about.