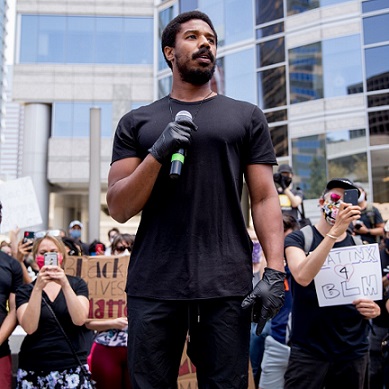 On this fourth of July—America’s Independence Day—thousands of Americans, blacks and whites, take to the streets for yet another day of protests, demanding justice for Black America. The killing of George Floyd has triggered a social awakening—unseen before—that has swept America heartland and the world over. At the center of this protracted protest lies an immeasurable devotion to fight racism, to prove the sceptics that they have been accomplices in a system of oppression, and to bring to justice the perpetrators who see black lives as unequal to that of the life of a white person. In America today, it is not enough to say, “I am not a racist.” You must be part of the broader struggle for racial equality and against institutional racism that makes it possible for police officers to commit cold-blooded murder and still get away with it. So, if you are a white person and you disapprove of Black’s disenfranchisement, you MUST be an anti-racist.

Since its inception more than 200 years ago, policing in America has always been a repressive force against minorities. And you know why? The goal is to make sure white America maintains perennial dominance and control through violence and terror. Racism permeates all institutions of society, from education to health care, to financial services to real estate etc. So, words alone are not sufficient to level the playing field and assuage the mistrust and fear that have crippled the advancement of Black America.

Eight minutes and 46 seconds: That was how long it took an officer of the Minneapolis Police Department to take the life of George Floyd. Eight minutes and 46 seconds…. Resetting America is quintessential to creating a just society where someone will not be judged by the color of his skin, but rather by the content of his character—whether black or white or yellow or brown. In fact, the reset is already underway, and everyone has his role to play, especially if you are a white person. Of course, it is not going to be easy, as change itself never has been an straightforward mission. Consequently, I am encouraging you to be active while learning and listening at the same time.

Recently,  OZY.com (www.ozy.com) has put together a thirty-day justice plan to follow if you are someone who believes fighting racism is a just cause. I am sharing it with you below. This plan was designed using Compiled with inspiration from Justice in June, by Bryanna Wallace and Autumn Gupta, and Anti-Racism Resources, by Sarah Sophie Flicker and Alyssa Klein.

Sit in the discomfort of confronting your own privilege. Consider not only the privilege you have but how it affects your life.

Sign the petitions for justice for George Floyd, Breonna Taylor, Tony McDade, Ahmaud Arbery and others.

Donate to a local bail fund.

Register to vote or confirm you are already registered.

Call your senators and urge them to back the Emmett Till Antilynching Act.

Listen to the “Keep the Fight” episode of Pod Save the People.

Read “Who Gets to Be Afraid in America?” by Ibram X. Kendi.

Dinner and a movie: Order food from a local Black-owned restaurant and watch Ava DuVernay’s 13th on Netflix.

Read “The Master’s Tools Will Never Dismantle the Master’s House,” by Audre Lorde.

Read The New Jim Crow: Mass Incarceration in the Age of Colorblindness, by Michelle Alexander, after buying it from a Black-owned bookstore.

Give your copy of The New Jim Crow to a friend and spend a day reflecting on what you’ve learned.

Explore and read pieces from History Is a Weapon.

Donate to the Movement for Black Lives.

Call your local elected leaders and police chief to advocate for police de-escalation training, if they don’t require it already.

Watch I Am Not Your Negro (available on Amazon and Kanopy).

Support Black-owned businesses. Here’s a list of places you can support from afar.

Donate to the Equal Justice Initiative.

Dance to music made by Black artists. Here’s a playlist from OZY:

Read Freedom Is a Constant Struggle, by Angela Davis.

Buy children’s books featuring diverse characters and donate them to a local school. Here’s one list; you can find many more online.

Read “The Case for Reparations,” by Ta-Nehisi Coates.

Send this list to a friend and challenge them to see whether they can devote a small portion of each day for a month to supporting a more just America.