The Taliban have seized control of Afghanistan 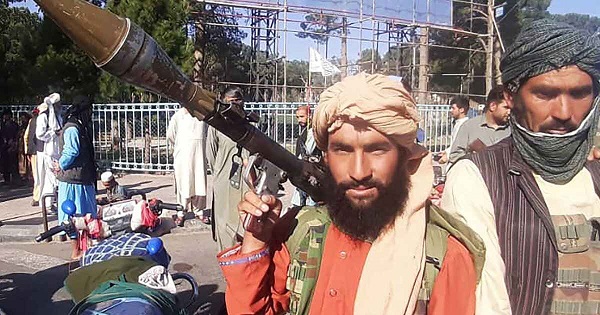 The Taliban have seized control of Afghanistan. The news spread like a wildfire. Afghanistan’s president Ashraf Ghani fled the country Sunday after negotiations with the Taliban about a peaceful transfer of power broke down. According to NBC News Richard Engels, Ghani soon left to join groups of citizens and foreigners in a stampede fleeing the advancing Taliban. The fall of Kabul effectively puts an end to 20 years of US occupation of Afghanistan.

According to the Associated Press, the Taliban will soon “announce the Islamic Emirate of Afghanistan from the presidential palace — a return rich in symbolism to the name of the country under the Taliban government ousted by U.S.-led forces after the 9/11 attacks. The official spoke on condition of anonymity because he was not authorized to brief the media.”

The Taliban moved in Kabul few hours earlier while helicopters flying overhead throughout the day in a race to evacuate personnel from the U.S. Embassy. “Smoke rose near the compound as staff destroyed important documents, and the American flag was lowered. Several other Western missions also prepared to pull their people out.”

This is a stunning development. One lesson one must learn from this latest US military embarrassment is that the most sophisticated weapon on earth is no match to a people’s will to fight against foreign invasion.

“In a stunning rout, the Taliban seized nearly all of Afghanistan in just over a week, despite the billions of dollars spent by the U.S. and NATO over nearly two decades to build up Afghan security forces.” (AP) Few days ago, “an American military assessment estimated it would be a month before the capital would come under insurgent pressure.”