The presidential candidates for 2020 are all in 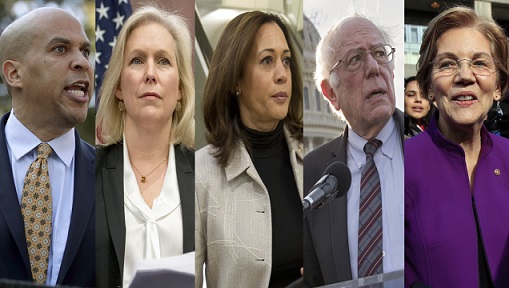 It’s March, but the trails are already filled with presidential hopefuls. More than a dozen Democratic candidates are competing for the nomination. While on the surface, their platforms are not fundamentally different, the corporate media seems to have made its choice on who they would prefer to face Donald Trump in November of 2020. The consensus appears to be centering around Joe Biden, who has yet to officially announce, and Kamala Harris, who has already been dubbed a “centrist.”

The latest to enter the fray is former Texas congressman Beto O’ Rourke, a candidate the media is implicitly promoting as an alternative to Bernie Sanders. Like in every election cycle, CSMS Magazine is committed not just to informing our readers, but also to educating them within the framework of social justice. That way, readers will be able to make educated decisions before going to the pull during this primary season.