Richard Brisson: poet and journalist killed by the neofascists in Port-De-Paix 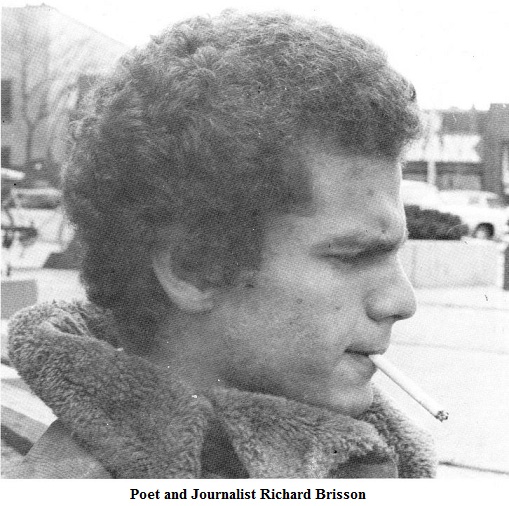 As Haiti struggles for a promising future, it is important to remember those in the past, like today, who lost their lives in the fight against Duvalierism. Richard Brisson was one of them. We do not know the names of his executioners, nor do we know the exact date of his death, although many people continue to say it happened on January 14th, 1982. Only those who killed him knew when, where and how it happened.

On November 28, 1980, Brisson was one of the journalists from Radio Haïti who were arrested, tortured, jailed and ultimately sent into exile. Some went to the United States while others were expedited to either Venezuela or Canada. Brisson lived in Miami until he returned to Haiti where he died. Patriotic to the bones and so nostalgic to his homeland, Brisson was misguided by Barnard Sansaricq, a traitor who betrayed his fellow countrymen and then led a group of Haitians, including Richard, on a suicide mission. It was January of 1982.

About two dozen of them secretly boarded a boat bound for Haiti where they landed on the island of La Tortue, just off the coast of Port-De-Paix. Reaching the shores of La Tortue, it didn’t take long for these naïve Sansaricq’s men to be apprehended and killed. Sansaricq was never captured because, according to unofficial accounts, during a stop on the Caicos islands, he ran off the boat and then let his boatmates go on their journey to their death.

Northwest Haiti, in the old days, was a hotbed for reactionary politics and Creole fascism. Unfortunately, this is still being manifested in the actions of some individuals from that part of the country who have traded their dignity in exchange for serving Jovenel Moise’s Machiavellian government, the most despised regime in Haiti’s modern history.

There’s hope, however. On Monday, the Haitian president was denied entry into Port-De-Paix where he was scheduled to participate in the annual Catholic Church’s Immaculate Conception celebration. It was reported that thousands of people in town were ready to take on him. Consequently, he had to cancel the visit. This new generation of young people from the Northwest have totally rebuked the politics of the past. Understandably, Haitians are in no festive mood now as their country is entering the darkest hours of this long and treacherous struggle for social justice. To the vast majority of them, there’s only one motto: Kanpe pou-w goumen (Stand and fight.) Like the rest of Haiti, folks from Port-De-Paix—the historical town of our beloved independence hero Capoix La Mort—also long for a brighter future. We’re proud of them. As for Richard Brisson, we know he now shines in the firmament.