Joe Biden calls for de-escalation of tensions with Moscow 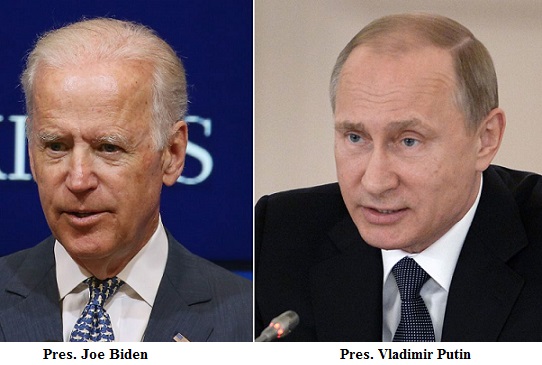 In a primetime speech last night, President Joe Biden called for de-escalation of what is fast becoming a mounting diplomatic tensions between Washington and Moscow. On Tuesday, Biden called Putin and, as it was reported in the media, the two leaders held a positive conversation at the end of which Biden proposed a summit in Europe with Putin in order to build an acceptable workmanship.

On Thursday, Biden seemed reversed course, announcing sweeping sanctions against Russia. The reason? The president said it was for interference in the 2020 presidential election and a sweeping cyberattack against American government. Yesterday morning, Biden signed an executive order designed to bolster his administration’s response to Russia. According to the New York Times, Biden has ordered the Treasury Department to ban six Russian technology companies that provide support to the cyber program run by Russia’s intelligence services.

Soon afterwards, President Joe Biden called for a de-escalation in tensions, saying, “The United States is not looking to kickoff a cycle of escalation and conflict with Russia. We want a stable, predictable relationship… [But] “If Russia continues to interfere with our democracy. I’m prepared to take further actions to respond. It is my responsibility as president of the United States to do so.”

And he went on to say that “now is the time to de-escalate. The way forward is through thoughtful dialogue and diplomatic process…..The U.S. is prepared to continue constructively to move through that process. My bottom line is this: where there’s an interest in the United States to work with Russia, we should.”

It did not take long for the Kremlin to respond. Late this afternoon, Russia’s chief diplomat, Sergey Lavrov announced Russia’s countermeasures. According to Russia Today (RT), the country will soon prohibit some US officials from traveling to Russia and expel 10 US diplomats and a number of  American missionaries and has also ordered John Sullivan, the US ambassador to Russia, to return to Washington for consultations with the Biden administration in order to clarify Washington’s true intentions. But Biden’s sanctions’ announcement seems designed more for domestic politics rather than a measure intended to seriously “punish” Russia.