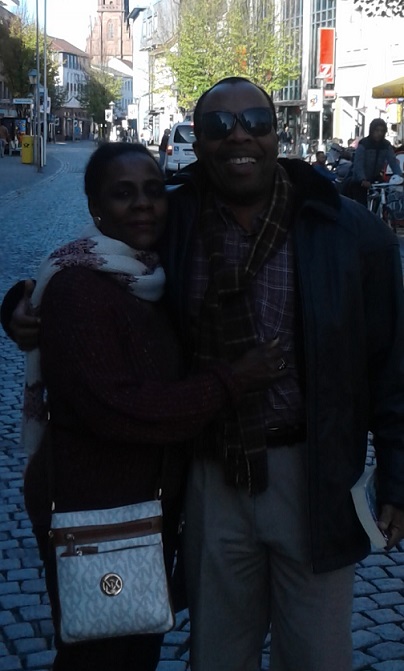 Last week, I had a chance to sit down for a historic interview with French writer Jean-Marie Stoerkel. He lives in Alsace, France. He is a prolific writer who has written several books, especially investigative novels; but the one we talked about last week is titled “Crime de Guerre en Alsace” or War Crimes in Alsace.” He wrote this book as a tribute to the Alsatian resistance against Nazi occupation of France during WWII. The interview was in French, and it was too long to be subtitled. So, to give you a sneak view of Alsace, I’ve decided to share with you some clips I took when my wife Maryse and I visited that region in 2017.

Some facts about Alsace

Alsace is located in northeast France, and it borders Germany to its east, Luxembourg/Belgium to its north, and Switzerland to its south.

Even though Alsace is part of France, its uniqueness cannot be ignored—perceived as a cultural exception, in part due to many years spent under German control. In 1871, the German Empire annexed Alsace following its victory in the Franco-Prussian War. Alsace remained German until 1918 when Germany lost the war and the region returned to France.

In 1940, Nazi Germany invaded France and immediately annexed Alsace again. When Germany was defeated in 1945 at the end of WWII, Alsace returned to France once more. Besides French, they also speak a local Germanic language called Alsatian. However, in my last week conversation with the French author Jean-Marie Stoerkel, he conceded that Alsatian has suffered over the years. It is no longer widely spoken.

When Maryse and I arrived in Alsace, we stayed at a hotel in Strasbourg, the main city in Alsace. Our very first night, we went for a romantic promenade. It was late October, cold and gray, but it felt nice to be in Strasbourg. That night, Maryse looked chic, being molded in elegant fashion. I teased her, asking her to tell the kids back home that we were indeed in Strasbourg.

Maryse was impatient. She wanted to reach downtown to go shopping. But we were also hungry. Along the way, we stopped by several restaurants that served food we did not like. After several blocks, we reached the city center. It was a very busy district. Tourists came from all over the world. It was there, amid a thrilling ambiance, that I discovered Jean-Marie’s novel. It was fun.

Strasbourg has been designated as a UNESCO world heritage site. Here is what Barack Obama, then president of the United States, said when he visited the city during the 2009 NATO summit.

“Strasbourg has been known throughout history as a city at the crossroads. Over thousands of years, you straddled many kingdoms and many cultures. Two rivers are joined here. Two religions have flourished in your churches. Three languages comprise an ancient oath that bears the city’s name.”

In the pursuit of lost time: a postcard from Alsace, France