In northern Syria, the dialectic of war may be prevailing 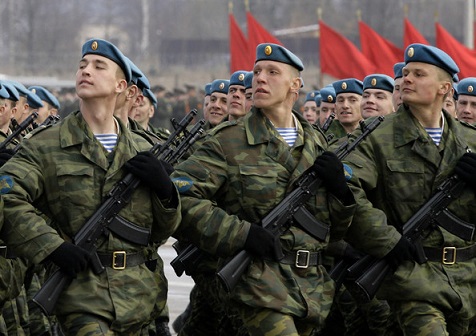 In the wake of the death of more than three dozen Turkish soldiers by Syrian and Russian airstrikes in northern Syria last week, Turkish president Recep Tayyip Erdogan now faces a dilemma: attacking Syrian government forces to drive them out of Idlib province and risk a Russian retaliation. Idlib is the last bastion controlled by an Al Qaeda-led rebel army backed by Turkey. The love-hate relationship between Vladimir Putin and Tayyip Erdogan may be headed for a complete divorce. Russia now raises the stake. “The Russian Navy announced its redeployment of two warships armed with Kalibr cruise missiles from the Black Sea to the Mediterranean Friday to join a similarly armed frigate already sent there. The three warships will be operating off the Syrian coast, posing a direct threat to the roughly 10,000 Turkish troops that the government of President Recep Tayyip Erdogan has deployed in Idlib.” In the last push to reclaim control of northern Syria, the Russians seem poised to apply what many war analysts call the Grozny scenario or more recently the Aleppo surgical move. This means using threat of war to clear civilians out of the war zone and then carpet-bomb the theater of war to obliterate rebel resistance. In both instances, that strategy was proven to be very effective. Erdogan’s militarism has reached the dangerous zone. An emboldened Syrian army supported by superpower Russia shows no sign of slowing down its offensive. What is at play now is the strategic town of Saraqeb, “which sits astride a major highway connecting Syria’s capital of Damascus with its second city, Aleppo.” A conflagration looms in the Middle East. Will reason prevail? In the article below, Bill Van Auken from the World Socialist website explains the implications of a potential war in this part of the world and the urgent need to de-escalate.

Amid calls by world governments, the United Nations and the NATO alliance for a de-escalation of the spiraling tensions in Syria’s northern Idlib province, there is a mounting threat of an all-out military confrontation between Turkey and Russia triggering a potentially catastrophic world war.

In the wake of Thursday’s strike on a Turkish position that claimed the lives of some three dozen soldiers (according to one account the dead may number as many as 50) and retaliatory attacks against Syrian Arab Army units, the explanations given by Ankara and Moscow for the violence remain sharply at odds, as Turkey and Russia pursue diametrically opposed aims in Syria.

In an unmistakable sign of the continuing war threat, the Russian Navy announced its redeployment of two warships armed with Kalibr cruise missiles from the Black Sea to the Mediterranean Friday to join a similarly armed frigate already sent there. The three warships will be operating off the Syrian coast, posing a direct threat to the roughly 10,000 Turkish troops that the government of President Recep Tayyip Erdogan has deployed in Idlib.

Erdogan and Russian President Vladimir Putin spoke by telephone on Friday. According a to Kremlin readout of the conversation, both “expressed serious concern” over the escalating conflict in Idlib and agreed on “the importance of more effective coordination between the defense ministries of Russia and Turkey.”

A Kremlin spokesman also reported that the two presidents will meet next week in Moscow in an attempt to defuse the crisis.

But the accounts given by their respective defense ministries as to the cause of Thursday’s strike on the Turkish troops were wildly at odds. While both sides agreed that the strike was carried out by Syrian, rather than Russian, forces, Turkey blamed it on an airstrike (with Russia responsible for most aerial bombings in Idlib, Moscow insisted that its warplanes were not flying in the area), while Russia said that the troops were killed by a Syrian artillery barrage. That both sides blamed the deaths on Syria was indicative of their desire to avoid a direct Russian-Turkish confrontation.

Turkey insisted that it had informed the Russian military as to the location of its troops and said that Moscow was responsible for passing this information on to Syrian government forces. “I want to state that during this attack, there were no armed groups around our military units,” Turkish Defense Minister Hulusi Akar said Friday.

Russia’s Defense Ministry, however, issued a statement charging that the Turkish troops “were in the battle formations of terrorist groups” and had been sent into an area “where they should not have been,” without any warning to the Russian military.

The attack took place in the context of a bitter battle between the Syrian Arab Army and Turkish-backed militias for control of the strategic town of Saraqeb, which sits astride a major highway connecting Syria’s capital of Damascus with its second city, Aleppo. While Syrian government forces had captured the town earlier this week, the so-called “rebels” managed to overrun it again.

Ankara and Moscow have each accused the other of violating the Russian-Turkish Sochi agreement reached in 2018 to impose a “demilitarized zone” in Idlib in which a cease-fire would take effect and from which “radical”—as opposed to “moderate”—rebels would be excluded, along with all heavy weapons, rocket systems and mortars.

Turkey has accused the Syrian government and its principal allies, Russia and Iran, of violating the accord by launching an offensive to retake control of large swathes of Idlib. Russia has charged that Turkey has failed to separate “radicals” from “moderates”, while providing military support to the “rebels,” including the use of weaponized drones and artillery fire.

The main “rebel” force fighting force in Idlib is Hayat Tahrir al-Sham, a United Nations-designated terrorist front led by the former Syrian affiliate of Al Qaeda. The former top US diplomat in charge of the anti-ISIS (Islamic State of Iraq and Syria) campaign, Brett McGurk, described Idlib province as “the largest Al Qaeda safe haven since 9/11” and “a huge problem.” Russia, for its part, fears that Al Qaeda-linked forces concentrated in Idlib will be redeployed to the Caucasus in a bid to sow terrorism and carve up its territory.

Turkish Defense Minister Akar claimed on Friday that Turkey’s retaliation for the attack on its troops in Idlib had “neutralized” over 300 Syrian soldiers, while destroying dozens of Syrian helicopters, tanks and howitzers.

A Syrian government spokesman issued a statement Friday stating that the Turkish claims were exaggerated and “an attempt to raise the collapsing morale of terrorists.”

Both NATO and the United Nations Security Council met on Friday to discuss the confrontation in Idlib. The NATO meeting was convened at Turkey’s request.

The response from NATO was one of declarations of condolences and solidarity, but indicated no substantive support for Turkey’s operation in Syria. NATO Secretary General Jens Stoltenberg issued a statement condemning “indiscriminate” airstrikes by Syrian regime and Russian forces, while urging a de-escalation by all parties of “this dangerous situation”. 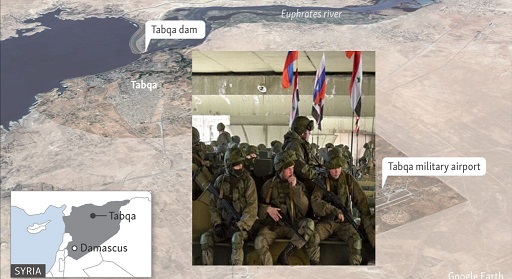 The US NATO ambassador Kay Bailey Hutchison, while proclaiming that “everything is on the table” in relation to Syria, also pointedly stated, “I hope that President Erdogan will see that we are the ally of their past and their future. And they need to drop the S-400.” This was a reference to Ankara’s $2.5 billion deal to buy Russian S-400 air-defense systems, which prompted charges from the US and other NATO members that Turkey was swinging out of the alliance’s orbit and into that of Moscow.

The Erdogan government has acknowledged that Washington has rebuffed its request to send Patriot missile batteries to counter Russia’s control of Syria’s airspace. Two days before the strike on the Turkish troops, both US Defense Secretary Mark Esper and US Joint Chiefs of Staff chairman Gen. Mark Milley testified before congressional committees that Washington had no intention of “reengaging in the civil war” in Syria. After withdrawing forces from the Syrian-Turkish border last year, the US military has kept 500 troops in the northeastern Syrian province of Deir Ezzor, ostensibly to secure control of the country’s oil fields and deny the Damascus government access to their strategic resources.

In a blatant attempt to blackmail the European NATO powers into backing Ankara’s aims in Syria, Turkish government officials indicated that Ankara would no longer block some 3.5 million refugees from leaving the country for Europe. State media broadcast videos of refugees taking to boats on the Aegean Sea and marching to the borders with Greece and Bulgaria. Greek police fired “deterrent” tear gas at hundreds of refugees who entered the demarcation zone between Greece and Turkey Friday, while Bulgaria announced that it was sending 1,000 troops to the border.

At a United Nations Security Council session convened at the request of Great Britain and the other NATO powers for the purpose of declaring solidarity with Turkey and condemning Syria and Russia, UN Secretary-General António Guterres warned of the potential “dramatic impacts” of further direct military confrontations in Idlib. He called upon all sides to “step back from the edge of further escalation.” He told the Council that the risk of fighting spiraling out of control, “taking into account the volume of the forces that are in Idlib, and around Idlib, is something that cannot be taken lightly.”

Earlier in the day, the European Union’s foreign policy chief, Josep Borrell, issued a similar warning that the clashes in Syria could quickly escalate into a “major open international military confrontation.”

The Erdogan government’s military intervention in Syria is deeply unpopular in the Turkish working class. The government resorted to a temporary shutdown of social media late Thursday in an attempt to prevent antiwar sentiments from being shared.

The prospect of an escalating conflict with Russia also roiled Turkish markets, with the Borsa Istanbul 100 Index plummeting by 10 percent at the open Friday, while the value of the Turkish lira dropped for a fifth day running. Turkey’s economic recovery from a recent recession has been tied in part to deals with Russia, including last month’s inauguration of the TurkStream pipeline bringing Russian gas to Turkey and Europe.

The potential for the Syrian conflict to erupt into a world catastrophic war are far greater than governments or the corporate media care to acknowledge. Last week, the Russian news website gazeta.ru posted a column by its main military analyst, Col. Mikhail Khodarenok (ret.), who stated that while Russia’s backing down to Turkey would spell a “political-military fiasco,” Turkey enjoyed an “overwhelming superiority in personnel and military hardware” on the ground in Idlib. His conclusion: the only way for Russia to prevail would be the threat or use of tactical nuclear weapons.

The immense tensions concentrated in Idlib are a product of the escalating drive toward war on a global scale, which has its roots in the insoluble crisis of world capitalism and, in particular, the attempts by US imperialism to reverse its declining hegemony by means of military force. The threat of this conflict erupting into a world war between nuclear armed powers can be countered only by building an international antiwar movement based upon the working class in the Middle East and around the world.

You can always visit the World Socialist website: www.wsws.org