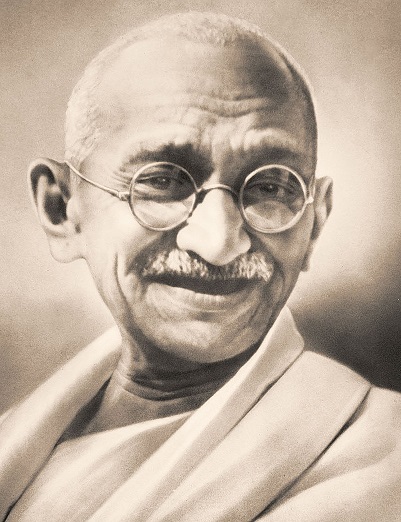 Like human hearts, our world is rather a complex one. There are moments in history that can never be forgotten, for they will forever mark the social consciousness of men. These times in history are usually led by men of great prowess. Jean-Jacques Dessalines, the revolutionary leader who led the revolting slaves in Haiti to victory is one example. It was in this frame of thought that Ardine Isma, daughter of Dr. Ardain Isma, spoke to a group of fellow university students last week. Here, find her remarks below.

There are similarities that are apparent in the philosophy of Mahatma Gandhi. First is the conception of an ideal State because both Marx and Gandhi believed in a none-establishment society. They fought for the elimination of class antagonisms. Second is their opposition to capitalism. Although Mahatma Gandhi and Karl Marx were opposed to capitalism and exploitation, yet they proliferated different means to remove capitalism, not by violent means but through economic decentralization by encouraging cottage industries.

The philosophy of Martin Luther King, however, was different. He was never a proponent of communism. According to his own words from his book Stride Towards Freedom: The Montgomery Story, “Communism, avowedly secularistic and materialistic, has no place for God. This I could never accept, for as a Christian, I believe that there is a creative personal power in the universe who is the ground and essence of all reality—a power that cannot be explained in materialistic terms. History is ultimately guided by spirit, not matter. Second, I strongly disagreed with communism’s ethical relativism. Since for the Communist there is no divine government, no absolute moral order, there are no fixed immutable principles; consequently, almost anything—force, violence, murder, lying—is a justifiable means to the ‘millennial’ end. This type of relativism was abhorrent to me.”

As for Nelson Mandela, his revolutionary spirit had proven to be a true champion of equal allocation for all people and viewed poverty as a public sin. Mandela also showed strong support for the late Cuban President Fidel Castro who was a Marxist and who led the effort to free his country from the influence of powerful countries such as the United States. According to a Huffington Post article, “Mandela’s admiration for the Cuban Revolution only grew with time. Cuba under Castro opposed apartheid and supported the African National Congress, Mandela’s political organization and the current party in power in South Africa. Mandela credited Cuba’s military support to Angola in the 1970s and 1980s that had helped to debilitate South Africa’s government enough to result in the legalization of the ANC in 1990.”

Thus, it is fair to express that Cuba, to some extent, played an important role in the liberation of Nelson Mandela and that of his revolutionary comrades who were also imprisoned for 27 years. Cuba’s military victory over South Africa had forced the Apartheid regime to relinquish Namibia—which led to its independence—to negotiate with the ANC—African National Congress—which led to the liberation of Mandela in exchange for the withdrawal of the Cuban forces from southern Africa.

In my theoretical view, the two main issues facing our world in the the twenty-first century are terrorism and climate change. The attack on the World Trade Center in New York City on September 11, 2001 by the worldwide al-Qaida network headed by Saudi Arabian renegade Osama bin Laden was a proof of that. It was a day of mass death from enemy action, the first time that the United States had ever suffered such an event on its own soil.

Climate change is a major issue that affects the twenty-first century because of the Earth’s temperature increasing at an alarming rate. According to Randall Pouwell, a professor at the University of Central Arkansas, “What the world’s scientific communities had looked upon as a possibility or probability has in the past fifteen years become a certainty. The Earth’s temperature is rising at a rate unprecedented in historical times. Debate continues about the rate of increase, and some still question the nature of the causes.”

The Paris Agreement, in which all major industrial countries have signed, is a testament to how serious the issue has become. Part of their main goal was and still is to reduce the amount of carbon emission in the atmosphere. Several countries have expressed their desire to work towards clean energy and the removal of the fossil fuel industries. In the U.S. Congress, many lawmakers, including Alexandra Occasio-Cortez, are promoting a plan called the Green New Deal. “The main goal of the plan is to bring U.S. greenhouse gas emissions down to net-zero and meet 100% of power demand in the country through clean, renewable, and zero-emission energy sources by 2030.”

Note: Ardine Isma studied Sociology at Brescia University. She is a contributor to CSMS Magazine.