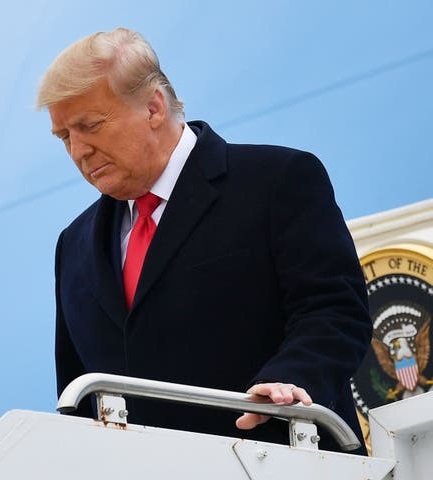 For the first time in US history, a president has been impeached twice. Yesterday afternoon, in a 232 to 197 vote, the House of Representatives voted to impeach Trump. Surprisingly, 10 Republicans voted in favor of impeachment. This was the first time such a high number of members of an opposition party voted to remove a president of their own party. But Donald Trump’s action on Wednesday was so shocking that some Republican lawmakers—those who believe in upholding their oath to the constitution—felt compelled to vote to impeach.

Donald Trump has always been a divisive figure who has built his political capital on fomenting conspiracy theories, fear, lies, and blatant hatred to further polarize an already divided country. It has been two months since he lost his reelection. Still, he refuses to concede. Instead, he has embarked on a campaign of disinformation, challenging in court every state he believed had cost him the election. His charges were swiftly rejected every time. He tried to bribe Republican elected officials to nullify the election on his behalf. We remember too well that famous “11, 780” votes he pressured Brad Raffensperger, a fellow Republican and Georgia’s secretary of state, to go and find in order to overturn the election in an unprecedented 2-hour phone conversation. When all that failed, he did the unthinkable, unleashing a mob on the Capitol, a branch of the government to which he had a duty to protect.

On an unbelievable rampage, Trump supporters stormed the Capitol, smashing and destroying everything on their path. The country was outrage. “How do we come this far?” People kept asking. Well, many observers saw it coming. They were simply willing to tolerate President Trump, although his agenda was coated in a blatant disdain for anyone who was not Caucasian. It is fair to say that Donald Trump was never up to the task of governing a country such as the United States, the most powerful country on earth. He understood neither the complexity nor the sophistication of American diplomacy. By his actions or inactions, one may say he had a vague—if at all—understanding of democratic governance, let alone the balance of power enshrined in the constitution.

One can also infer that Donald Trump wanted to govern like an authoritarian leader, a strong man, like a king if you will. He hired and fired at will members of his own cabinet, and sometimes under the most humiliating conditions. No one had ever done enough for President Trump, including his Attorney General Williams Barr who, to please the president, had morphed himself into a subservient personal lawyer rather than being the country’s Secretary of Justice. Another example was the way he treated his own vice-president.  He tried and failed to force Mike Pence to overturn the election results during the Senate certification process over which he had to preside. On that terrible morning of January 6, before a cheering crowd numbered in the thousands, Trump accused Pence of being a traitor for refusing to do his bidding.

When the enraged crowd brook through the security line, Pence had to be carried away along with Nancy Pelosi, Speaker of the House. They took shelter in an undisclosed location in the Capitol as the mob searched the rotunda, carrying with them a noose with which they intended to hang Mike Pence if they could lay their hands on him.

Donald Trump, through his shortsightedness, had severely weakened the United States’ government, shattering its prestige and influence in global affairs. His disregard for science and education has caused the lives of more than 300, 000 Americans due to the coronavirus. Donald Trump has even made not-wearing a mask—a simple safety measure against the virus—a political tool, thereby preventing his supporters from wearing the required mask, even as the country’s top scientist Dr. Anthony Fauci recommended it. He has transformed Republican conservatism into a clan of Trumpists whose only job was to rubberstamp everything he put forth in exchange for his support for their reelections.

Hiding behind the shadow of Abraham Lincoln

A majority of Republicans lawmakers always take pride in being members of the party of Abraham Lincoln. Yet, they were nowhere to be found when the confederate flag swept through the rotunda last Wednesday in a victory parade led by Kevin Seefried, a retired firefighter from Delaware. After the rioters were gone and the certification process resumed, many Republicans still maintained their fraudulent scheme and moved to oppose the process—all in a shameful charade to please Trump and to protect their selfish interests. More than one hundred Republicans purposely held the process hostage through prolonged debating tactics until the wee hours in the morning. In the ended, Biden’s victory was certified.

These individuals do not believe in factual evidence; nor do they care, it seems, about the historical tragedies that led to the civil war. Abraham Lincoln defeated the Confederacy and “save YOU a country,” as Frederick Douglass reminded white America in his 1876’s historical speech in Washington. Yes, he was right, for the victorious Union army had held the confederate flag at bay throughout the brutal war, keeping it from entering Washington D.C.  That flag, however, the symbol of hatred and division, had finally found its way into the great walls of the Capitol, more than one hundred and fifty years later, thanks to Republican’s complacency and the ever-lingering racism that continues to dwell into so many hearts in this country.

The people who stormed the Capitol, though misguided by Trump, did so in the name of “restoring” white supremacy. They were overwhelming whites, and therefore had to be given the benefit of the doubt. The establishment has always dismissed legitimate concerns about racism and its overt manifestation against minorities. Often, too often, they give only lip service or offer shallow contrition in response to public outcries each time a person of color has been the victim of police brutality and other form of injustices. Imagine if those rioters were blacks?

From the get-go, they had been enabling Trump, allowing him to do pretty much every unconventional thing unheard of in US presidential history. They never saw him as a threat to the country’s well-being, a hindrance to America’s power projection in the global stage. In the wake of Trump’s electoral defeat and the travesty that followed, however, America has a lot of soul searching to do.