In a recent interview with the Miami Herald, former US president Bill Clinton reaffirms once more that he did not mishandle the money that was donated to Haiti for the rebuilding effort after the 2010 earthquake that left close to half of a million people dead and over one million internally displaced.

In the wake of the travesty, a recovery commission was created. It was called  “The Interim Haiti Recovery Commission” which was co-chaired by former President Bill Clinton, Haitian Prime Minister Jean Max Bellerive and Jean-Marie Bourjolly, who has written a book titled Haïti : un pays à désenvelopper — “Haiti: A country to disentangle.” The book is about the commission’s failure. 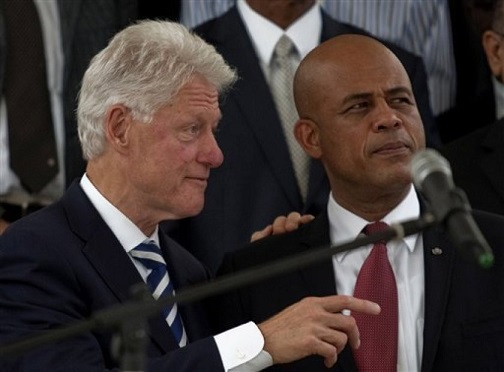 In the interview, Bill Clinton brags about his effort to raise money. He says he was successful at doing so, for, according to Mr. Clinton, he was able to raise $30 million through his personal effort and later raised $50 million in a dual effort between him and former president George W. Bush.

Speaking like a proconsul would do, Clinton claims to have boosted the Haitian economy, empowered Haitian NGOs, and worked in tandem with the housing authorities to regulate land ownership in order to build homes for displaced Haitians.

But that assertion is rejected by Bourjolly in the book. “The [commission] was a full-time job,” he writes. He goes on to say “for Clinton, who also served as United nation Special Envoy for Haiti, to have done a good job he would have needed to do it full time. The former US president instead delegated too much of his staff to the UN job. The IHRC is a job that demanded he man up and go fight with the World Bank, the Inter-American Development Bank, France, Canada and everyone else who pledged money … to force them to turn over the money.”

According to the Herald, “other criticism centered around accusations that Clinton and his wife, then-Secretary of State Hillary Clinton, were running a pay-to-play operation in Haiti, which the Clintons have long denied. Neither the State Department, which Hillary Clinton oversaw, or the Clinton Foundation that Bill Clinton headed, gave favorable treatment to foundation supporters in Haiti, they have said.”

You can watch the interview here: