Bernie Sanders: We’re in it to win it! 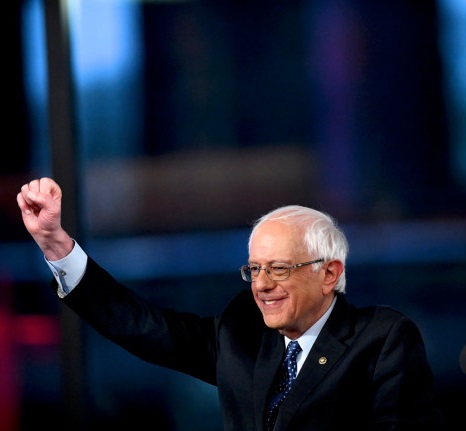 Although Bernie didn’t come out on top last Saturday night, he remains the indisputable front runner in the presidential race, and Tuesday night will confirm it. In West Virginia Saturday night, he told a cheering crowd numbered in the thousands that his campaign “is not about me, it’s about you and that I’m committed to accompanying you all the way to the convention floor and beyond.” The Vermont senator has good reasons to be confident. Last February, the Bernie campaign raised more than 46 million dollars, unheard of in the history of American politics.  If we want to believe the latest polls, Sanders is favored to win on most states on Tuesday night, including California (with more than 400 delegates), Texas, Colorado and Massachusetts, the home state of Elizabeth Warren.

After the falls of Tom Steyer and Pete Buttigieg, and now Amy Klubochar—senator from Minnesota—establishment Dems have been reportedly heightening the pressure on other candidates to do the same in order to clear the way for Joe Biden to catch up in the delegate count. The latest polls have put Bernie Sanders running neck and neck with Amy. The Associated Press has also announced she plans on endorsing Biden. To stop Sanders, they believe, Joe needs the party to rally behind him.

With such momentum behind Bernie Sanders, will this strategy work? Tuesday night has the answer.