Bernie Sanders bounces back after a little scare 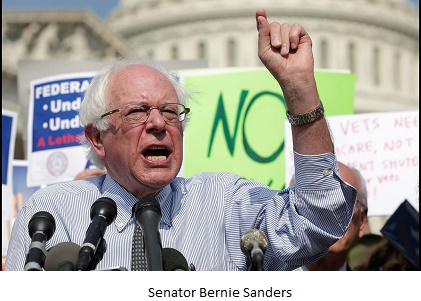 Last week, Bernie gave us a little scare when his campaign spokesperson announced he checked into a hospital in Vegas after suffering from chest pain. Quickly, he underwent a procedure to repair some heart muscle cells. The corporate media had a field day. The man they love to hate has suffered a “heart attack.” The word “Heart Attack” here is being pompously used to manipulate public opinion. According to Dr. Lawrence Altman from the Washington Post, “it is important to note that the popular but nonspecific term “heart attack” describes an array of heart problems; one is myocardial infarction, or the death of heart muscle cells, which is what Mr. Sanders had.”

The sudden scare has triggered a media frenzy. But the political fallout might have been greater had Bernie stayed longer in the hospital. According to his campaign, however, Bernie is stronger than ever. He plans to continue his campaign for the presidency, and even told staff members on a telephone call Monday that he feels more “more strongly about the need for a political revolution today than I did when I began this campaign.”