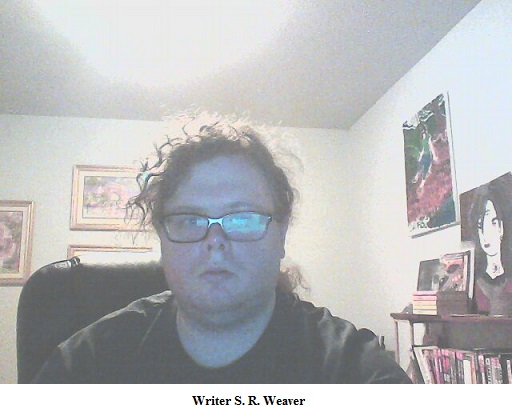 By S.R. WEAVER
Special to CSMS Magazine
Typically when we think of injustice, what immediately comes to mind is explicit biases like racism, transphobia, etc. However, while these glass ceilings still very much exist in modern America, it is fair to say they are more subtle for people who feel they have fallen into a category of outsiders—a status that is less easily defined. For example, I consider myself a transwoman. I also have a sexual preference that only very recently had a name for it. While homosexuality and trans issues have progressed over the years, as they should, people who prefer the company of robots and sex dolls still have a hard time.

In general, minorities in the realm of romance have had to contend with being compared with crimes against young people, whether that’s homosexuality, bisexuality, or whatever. Because sex dolls and robots have not yet reached a level of sentience, there is still this idea that you’re essentially doing something vile, to what is basically—for the moment—a sex toy. And this excludes the fact that many like us may or may not even be sexual. Even though, it is not specifically asexuality, there is a preference for girls with mechanical parts and being completely robotic in nature. We see this in early films like Metropolis, but there are a few plots in science fiction where people have developed romantic attachments to our robotic brothers.

We’re reaching an interesting point in history where the technology in sex robots is becoming increasingly lifelike. Some of my favorite Manga over the years have explored such things, like Chobitz. There is still the fact that I have never felt I belonged in the United States, besides being born here. I had largely ignored this aspect, and delayed learning other languages like French and Japanese for a long time. However, this brings me to the point where I must talk about this subtle kind of ceiling that has never been discussed in the US—one that Japanese language students experience by nature of not being Japanese. This causes problems for people who want to enter the Japanese work force. Yet I may have no other option if political events keep going in the direction they are. Going forward, I will be discussing Gaijin, a class of people either traveling to Japan, or who are expats living there, seeking to learn Japanese in order to integrate into Japanese society.

The manga industry, more generally, has had trouble accepting foreigners into the industry. Preferring robotic girls, however, is more manageable than simply never being able to find work in Japan. I used to like the idea of working in Japan, largely because I thought it would be fun. And that would finance my interest in furthering the advancement of robotic technology of which I think will further erode the dividing line between robots and humans.

Another worrisome aspect in human interaction is the growing fear of civil war in the US. Many think this reality is no longer far-fetched. In fact, we’ve had a silent cold war for many years ever since the election of Donald Trump. To make matters worse, contrary to what you might think, anarchism has actually made it harder for me to come out as someone with an alternative sexuality. Unlike the anarchists who support Trump, not everyone who is a minority wants to dismantle the system.

Here, I have no trust in any new system that will evolve in the near future to specifically cater to people like myself, whose outsider status has less to do with economics, and more with preferring other cultures like Manga and Otaku culture. Perhaps one could blame Japanese soft power for misinforming or miseducating others about our preferences, and that has produced a generation of American youth who don’t really feel like they belong anywhere else. This fact constitutes a major hindrance when it comes to most graphic novel publishing houses (other than manga) accepting books in right to left format–which, for us, is how we are used to reading content.

The period between 2004-2007 was an interesting time for Manga production in the US. Despite the overtures of diversity being made at larger presses, we still must turn our panels to a different direction. I feel like, in a way, I would rather pursue my passions learning Japanese, living among others in this same predicament in another country. I would try to get published over there, rather than receiving the worst form of disrespect here from anarchist circles, who misguidedly make transwomen and other minorities look insane. In doing so, they think they will somehow win support among the people that stormed Washington.

I don’t want to live in a country where I feel I don’t really belong. I feel like an outsider in my own country. In many ways, this status has helped me in my passion to write science fiction from the standpoint of an outsider.

In many of my fiction writings over the years, a majority of my main characters have actually been transwomen, with the exception of their various lovers. I have also developed an alternative future, where the US primarily speaks French, Japanese, and a fusion language between the two. France and Japan would come in and take over a hallowed-out country from the remains of what was once the United States.

In this fictional narrative, figures like Marine Le Pen from the far-right party of France would not be allowed to rule the French portion of North America. The rise of populism in the global stage constitutes a menace for humanity. But if a concerted effort is done among nations of the planet, transcending race, ethnicity, sexual orientation, religious belief, our global village not only will survive, but also thrive.

Again, I want to live in a country where I feel I belong. I may not get all I want, but an eventual atmosphere like this would make me feel less like an outsider. An inclusive society is what I hope for. However, introducing policies with malicious intents to marginalize LGBT individuals and other minorities will undoubtedly exacerbate an already polarizing society.

Note: S.R. WEAVER is an artificial intelligence developer operating around Github. She writes poetry, short stories, and novellas. The literary genre written in is a fusion of autobiography, personal essays, science fiction, and horror in a way such as to blur what is real and what is not.