All speculations are over: Joe Biden picks Kamala Harris as VP 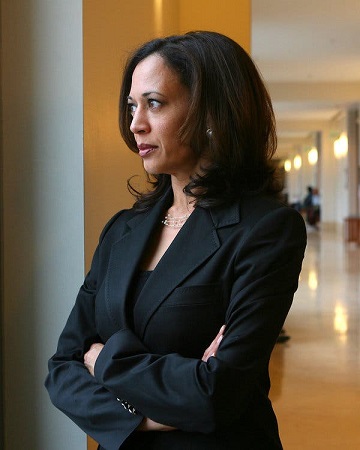 After weeks of maneuverings, Democratic presidential nominee Joe Biden announced this afternoon that he has made his choice on California senator, Kamala Harris. The choice could not have been more reassuring to the big business establishment, Wall Street in particular. In choosing Kamala, Joe Biden has made good in his promise to choose someone who could be acceptable to mainstream America. From the get-go, Kamala Harris was seen as the consensus VP promoted by white suburban women who feared Elizabeth Warren for being too “progressive.”

Until this morning, few people outside Joe’s inner circle knew of the choice. Over the weekend, rumors spread that Joe was seriously considering Michigan governor Gretchen Whitmer who, according to ABC News, flew in a private plan to Delaware on Sunday and held secret talks with Biden. This has provoked a major backlash from black women, activists and pundits, who sent a stern warning to Joe, reminding him of South Carolina where Joe’s candidacy was rescued by black voters who massively voted for him.

Can Kamala deliver? “I need someone working alongside me who is smart, tough, and ready to lead. Kamala is that person,” Biden wrote in an email to supporters late this afternoon. According to the LA Times, “The pair is slated to appear together for the first time as a presidential ticket in Wilmington, Del., on Wednesday (tomorrow).” Harris had promised to prosecute the case against Trump if she were to win the nomination. By winning the VP slot, the California senator will finally have her chance to do just that.

In conventional politics, a Biden-Harris ticket represents politics as usual, which explains why US tock markets reacted favorably shortly after the announcement. But can Biden really win without the progressive wing of the party? Is there anything in the political platform that genuinely addresses the hot-button issues like Medicare for all, free college tuitions…? The party counts on Bernie Sanders to fall into line and urge his supporters to vote for Biden. Will they?

The Black Lives Matter Movement takes notes on Joe Biden’s racism of the past for which Kamala herself had her defining moment of her presidential run during the first Democratic primary debate, when she challenged Biden for speaking warmly of his collegiality with segregationist senators and his work with them to stymie busing to racially integrate schools.

“There was a little girl in California who was part of the second class to integrate her public schools, and she was bused to school every day,” she said onstage, as she angled her body to speak directly to Biden. “And that little girl was me.”

One thing is certain: If Joe wins in November, it will more likely be a vote against Trump rather than an endorsement of what Biden represents as a traditional, Washingtonian politician.