A turning point in the fight for racial justice in America 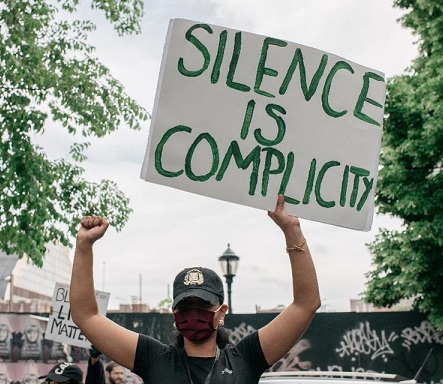 The killing of George Flyod in Minnesota last week marks a turning point in a long and painful struggle for racial equality in America. The crime was too raw, and unless you do not have a heart, you should be shaken. Not surprisingly, from coast to coast, people rise up to put an end to racial injustice.

We are witnessing an air of optimism unseen since the Vietnam era. The long and painful cry for justice may be nearing its end. Change is coming.

It is incomprehensible to believe in 2020, a police officer can kill someone just because of the color of his skin. Most people agree that if Mr. Floyd were a white man, he would be alive today.

The establishment in this country always doubts African American patriotism because of historical wrongs that were committed against people of color.

If we really want to put things into historical perspective, we have to recognize that the bloody civil war, which led to the emancipation of slaves with the victory of the union army, did not take the necessary steps to fully emancipate newly freed slaves.  As a results, white supremacy dominates in all aspects of society, especially in the corridors of power.

From its inception, the system of government in the United States was built off a power structure completely biased against black folks and other minorities. It has also created a culture of dominance—the so-called white privilege.

So, when we talk about getting rid of systemic racism, we should not confuse it with the old talking point: Let us have a conversation, as if white Americans do not know that blacks are intelligent people. They do; and white America is also aware of blacks’ competitiveness, excelling in all aspects of society: literature, scientific development, music etc.

But there is hope after the killing of George Floyd—sadly so. It is the trigger that was necessary to galvanize this massive protests going on nationwide. Whites, blacks, Latinos, Asians are all resolute in the fight for racial justice. They want actions, not a conversation.

There is a risk, however. Until now, the movement has been leaderless, and any political movement without a structure is vulnerable to dishonest politicians who could easily use this historic moment for their own selfish interests. We need to be vigilant while keeping up the pressure on the US Congress to enact laws that will protect the rights of minorities and laws that would make it difficult for racist cops to prey on vulnerable people.